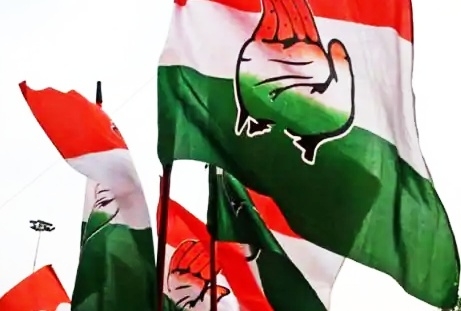 New Delhi, The Congress is considering all the aspects ahead of the Assembly polls in West Bengal scheduled next year, as the BJP has emerged as a serious challenger to the ruling Trinamool Congress in the state with Home Minister Amit Shah claiming that the saffron party will sweep the polls in 2021.

Sources said that state Congress leaders are talking to all the stakeholders in Bengal, including the Left, about a proposed alliance and seat sharing ahead of the elections.

In the 2016 Assembly polls, the Congress had emerged as the second largest party with 44 seats, but half of its MLAs gradually moved to the Trinamool, bringing down the numbers to 21.

However, it’s not clear if the Congress leaders are talking to the Trinamool as well, as many leaders, including state President Adhir Ranjan Chowdhury and Deepa Das Munshi, are opposed to the Trinamool.

Congress state in-charge Jitin Prasada refused to comment on the alliance issue, but said, “We will not let Bengal get divided on caste and communal lines, which the BJP is trying to do.”

He said that the party’s primary focus is to strengthen the organisation in the state.

Chief Minister Mamata Banerjee had unseated the CPI (M) government in 2011 with the help of Congress and had ended the 34-year Left rule in the state.

In the 2016 elections, the Congress fought in alliance with the Left, but the Trinamool swept the polls. Though Congress was the second largest party then, it is the BJP which has now emerged as a serious challenger to the ruling Trinamool, especially after winning 18 seats in the 2019 Lok Sabha elections.

Party insiders said that interim Congress President Sonia Gandhi will take a final call on alliance, and it will depend on the results of the Bihar Assembly elections.

Party leaders feel that if the BJP comes to power in West Bengal, it will be dificult to stop the saffron party in the eastern states.

On Friday, Adhir Ranjan Chowdhury interacted with the heads of 25 Muslim organisations in Kolkata. During the brainstorming session with the Muslim intellectuals, he said, “The Congress will always protect the secular fabric of our society.”

All eyes are now on Banerjee, and what political move she makes in the coming days. Will she forge an alliance with the like-minded parties to take on the BJP or she will go solo?

All Gujarat ministers, save one, re-elected