New Delhi: The tussle for one-upmanship between the veterans and the younger leaders within the Congress was quite evident during a meeting of the party’s Rajya Sabha MPs here even though the party dismissed talks of such tussle as rumours.

All the leaders however were unanimous during the meeting that the party should appoint a permanent President, which is “need of the hour”. The Rajya Sabha MPs demanded that Rahul Gandhi be brought back as Congress President.  The issue of 2014 election debacle was raised by Rajeev Satav, the sources said, adding that he was countered by party senior and former Union Minister Anand Sharma and others even as Sonia Gandhi listened intently to the whole discussion.

Former Union Minister Manish Tewari said: “Was the United Progressive Alliance responsible for the decline in the Congress fortunes in 2014 is a valid question. It must be gone into. Equally valid is the point that the UPA was sabotaged from within. The 2019 election defeat must also be analysed.”

The former Minister said that any charge against the UPA for the Congress decline had not been proved.

Though the chorus to bring back Rahul Gandhi as the party chief got louder in the meeting on Thursday, senior Congress leaders said that the party can’t be run in a manner wherein newcomers hinted at the growing clout of some leaders close to him.

However, the Congress chose to play the issue down by terming all reports as “rumours”.

Congress spokesperson Jaiveer Shergill said that he can only clarify facts and not fiction and rumours. “It’s a BJP propaganda and the Congress is united in its fight against the BJP,” he asserted.

The sources said that senior Congress leaders had also objected to bringing party leaders from south India to the Rajya Sabha and asked if leaders from north India could be accommodated from the seats in southern states. 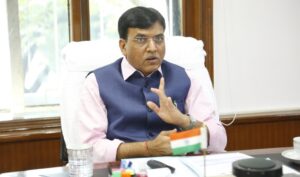