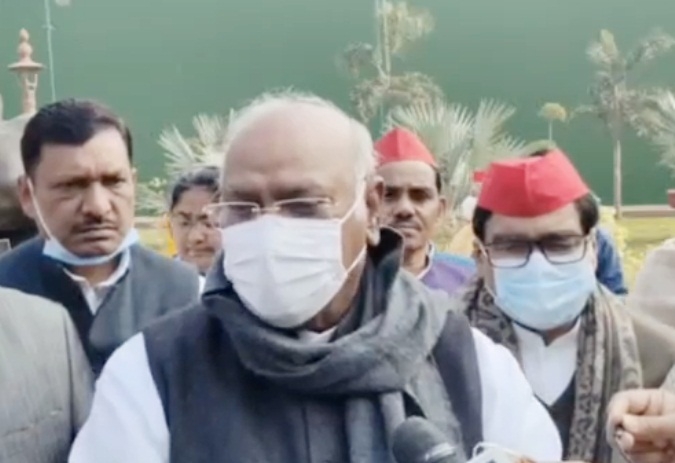 New Delhi : The Congress on Tuesday slammed the Centre after reports of China building a bridge across the Pangong Tso lake emerged.

Leader of Opposition in Rajya Sabha Mallikarjun Kharge said: “China is busy building a bridge on Pangong Tso to make it easier to deploy troops. Meanwhile, ‘Beijing’ Janata Party leaders led by PM & HM are busy in election rallies. Enemy is at our gates. PM Modi is taking a siesta.”

The Congress alleged that government is silent over China as it has occupied and set up a village in “our” territory in Arunachal Pradesh and renamed 26-27 places in the state.

On Monday, the Congress slammed the government over reports of Chinese troops celebrating new year at Galwan valley but later it emerged that PLA was not present at the disputed area of Galwan valley, which is now a demilitarised zone after the June, 2020 clash between the two armies and subsequent series of talks between India and China through proper diplomatic channels.

It all started after a video surfaced on social media site, shared by the Chinese media, showing PLA troop celebrating new year and unfurling the Chinese national flag, with a caption, “China’s national flag rises over Galwan Valley on the New Year Day of 2022,” which further read, “the flag was special since it once flew over Tiananmen Square in Beijing”.