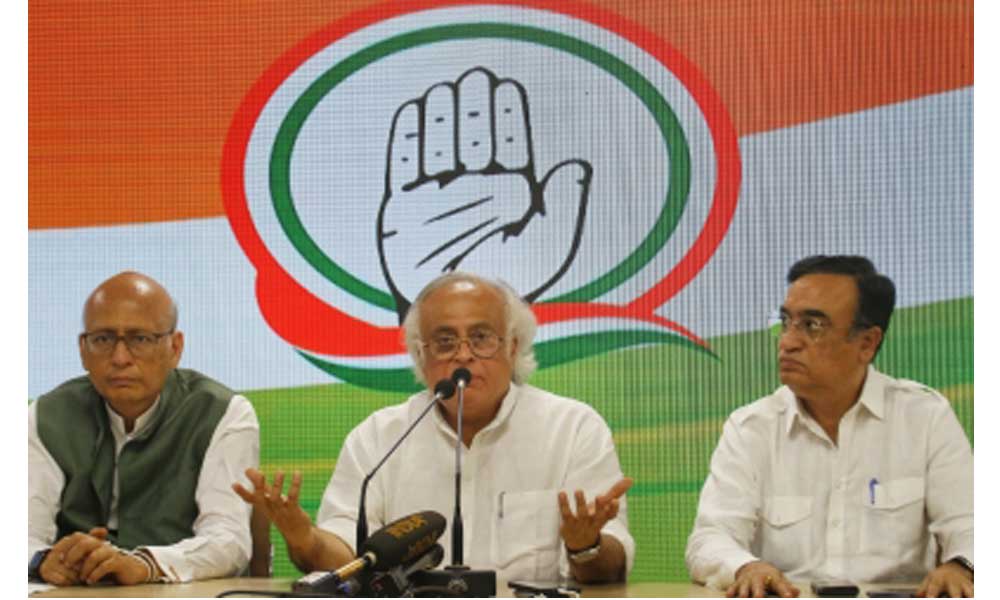 New Delhi : The Congress has called a meeting of all its MPs on Thursday to derive the future course of action after the Enforcement Directorate (ED) sealed the Herald House here.

The party’s former President Rahul Gandhi, who was in Karnataka, returned to Delhi on late Wednesday night and will be participate in the meeting.

The party has maintained that it will go ahead with its scheduled protest on the issue of inflation and GST on Friday despite being denied permission.

The Congress has also accused the ruling dispensation of treating the party leaders as “terrorists”.

“The entire country is watching as an investigating agency has been deployed mindlessly against the leadership of India’s oldest political party. You (the BJP) are treating this party, its leaders and institutions as terrorists,” Congress spokesperson Abhishek Manu Singhvi has said during a media briefing on Wednesday.

The briefing came soon after the ED sealed the office of Young Indian Pvt Ltd located in the Herald House here days after the party’s interim President Sonia Gandhi and her son Rahul Gandhi were grilled in connection with the National Herald case.

“The word – ‘fear’ is not there in the dictionary of the Congress party,” Singhvi has said, adding that the voice of the party’s leadership will not be silenced with such “cheap tactics”.