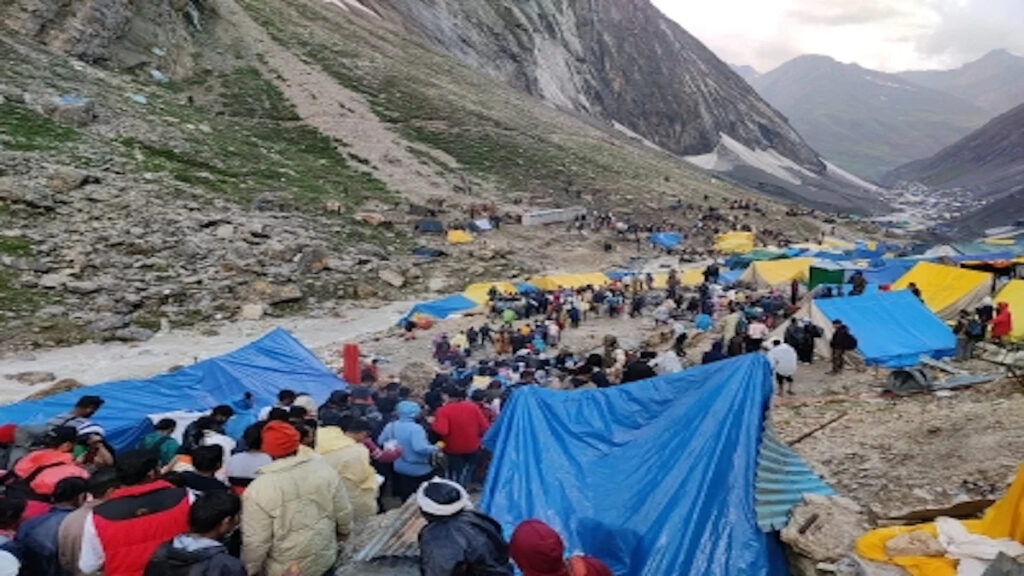 Srinagar : At least two people were killed in a cloudburst near the Amarnath shrine on Friday, officials said.

Some langars and tents were hit by gushing flash floods near the holy cave.

Teams of NDRF, police and other security forces quickly swung into action and started rescue operations.

“Some langars and tents have come under cloud burst/flash floods at HolyCave. Two deaths reported. Rescue operation by Police, NDRF and SFs in progress. Injured being airlifted for treatment. Situation under control,” Inspector General of Police, Kashmir, Vijay Kumar said as per a Jammu and Kashmir Police tweet.

Officials said cloudburst occurred at at around 5.30 p.m. and water surged above/ sides of the cave after heavy rains at the upper reaches.

The yatra was flagged off on June 30 after remaining suspended for two years due to the pandemic.