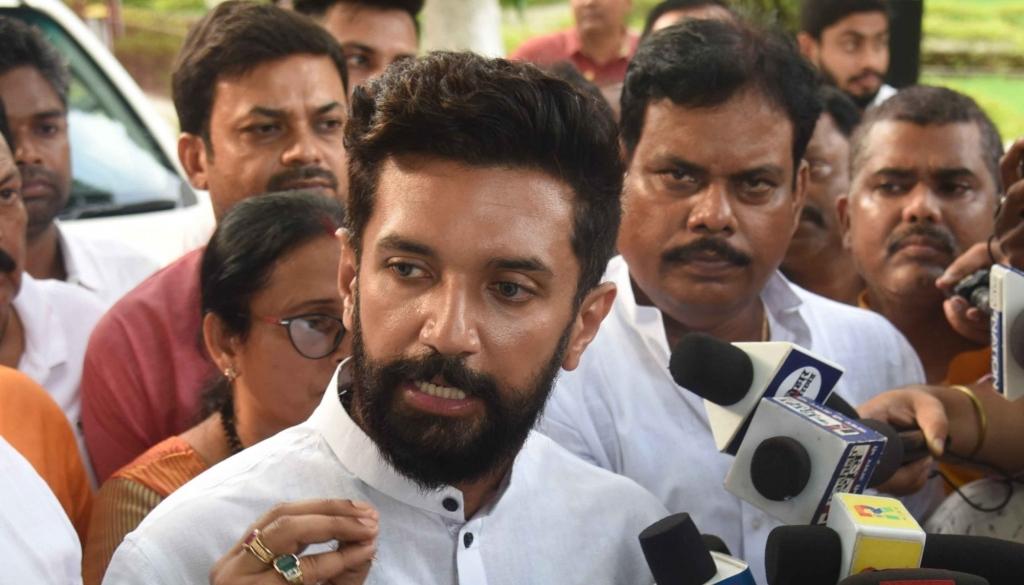 Patna : After a rape case was registered against Lok Janshakti Party (LJP) MP Prince Raj in Delhi’s Connaught Place police station, LJP leader and MP Chirag Paswan said that whoever is guilty in this case should be punished.

He also gave a clarification about having his name in the FIR.

While interacting with reporters in Patna on Wednesday, Paswan said that my name is in the FIR because it is written that I was aware of this matter and I have already accepted it.

He said, “I am the first person who advised that this is a criminal matter so one should go to the police.”

He added that whoever is guilty in this case should be punished.

LJP MP from Bihar’s Samastipur Prince Raj has been booked by the Delhi Police for raping a party functionary and destroying the evidence.

An FIR was registered against Raj at the Connaught Place police station on the directions of a Delhi court on September 9.

The complainant in the FIR also accused the LJP chief of hatching a conspiracy to hide evidence.

According to sources, the victim was a frequent visitor to the LJP party office, where she started meeting Raj. In her complaint, she alleged that the incident took place in the same party office in 2020.

Prince Raj, son of late MP Ramchandra Paswan, is among the five MPs who have rebelled against the leadership of Paswan and formed a separate faction in the party.