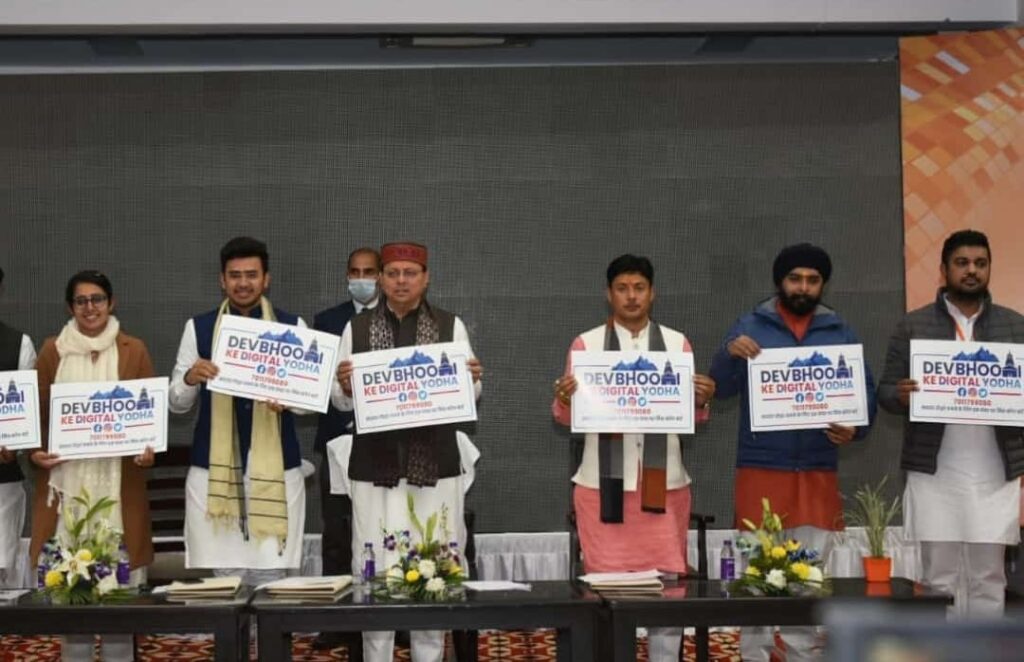 New Delhi : Over one lakh social media ‘yoddhas’ (warriors) will be enrolled by the Bharatiya Janata Party (BJP) to spread the achievements of the Pushkar Singh Dhami-led Uttarakhand government and defuse the propaganda of Opposition parties in the poll-bound state, party leaders said.

For this purpose, the BJP has launched a campaign to enrol volunteers, and made an appeal to the youth to join the campaign to become a cyber ‘yoddha’.

The campaign is run by the Uttarakhand BJP’s youth wing in the state. The party has appealed to the people to give missed calls to become its cyber yoddha.

As per the plan, the BJP has decided to enrol one lakh cyber yoddhas in the coming week and they will spread works of Dhami government on various social media platforms like WhatsApp, Twitter, Facebook and Instagram.

It is learnt that these cyber yoddhas will be provided content in the form of video and other materials, highlighting the work of Uttarakhand government to share on their social media handle.

BJYM national secretary and Uttarakhand in-charge, Tajinder Pal Singh Bagga that many people who are active on social media and cannot work like a political worker on ground during the election have been appealed to work for the BJP.

The election for the 70-member Uttarakhand assembly will be held in February- March next year along with Uttar Pradesh, Punjab, Manipur and Goa.