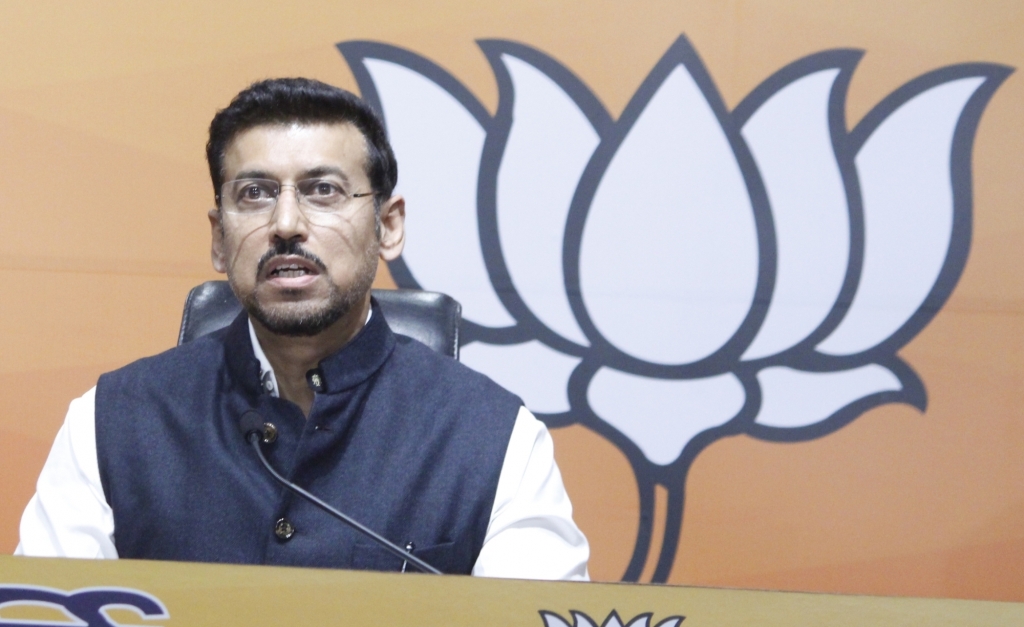 New Delhi,  The BJP on Saturday slammed the Congress government in Rajasthan and claimed that the desert state had witnessed a 50 per cent increase in crimes against women in 2020.

Addressing a press conference, former Union minister and BJP national spokesperson, Rajyavardhan Rathore said, “The law of the land prevails in the country, but Rajasthan follows ‘Andhaa Kanoon’, as there is complete anarchy in the state. As per the crime statistics of the country for 2019-2020, Rajasthan unfortunately ranks first. It is number one for crimes committed against women and improving its ranking to one from second for crimes committed against Dalits.”

Rathore alleged that the government of Rajasthan has only one target – to remain in power. “To remain in power, the Congress government has given a free hand to everyone. There has been a 50 per cent increase in the number of crimes committed against women in 2020,” he said. He further alleged that no one listens to the oppressed, exploited and downtrodden in the state.

“At the time of lockdown when the whole country was fighting against coronavirus, women and girls of Rajasthan were also trying to protect themselves from criminals along with Covid as the government is sitting with its eyes and ears closed,” the BJP spokesperson said.

Hitting out at Congress leaders Rahul and Priyanka Gandhi over a recent incident of crime against women in Rajasthan, BJP national general secretary C.T. Ravi claimed the “Hathras lobby” led by the Gandhi siblings has gone into hiding.

“In Congress-ruled Rajasthan, 561 incidents of crimes against women have been committed in the last 30 days alone. But the ‘Hathras lobby’ led by Rahul Gandhi and Priyanka Gandhi has gone into hiding. Will these vultures come out now to protest against Ashok Gehlot and save our women?,” Ravi tweeted.

Sharing a video, national in-charge of BJP’s Information and Technology department, Amit Malviya said, “In Bhilwara, a Dalit boy is tied to a tree and thrashed mercilessly in full public view for alleged purchase/theft of a goat. This is not an isolated incident of atrocity against Dalits in Congress-ruled Rajasthan. Women are being raped with impunity. There is no fear of law.”