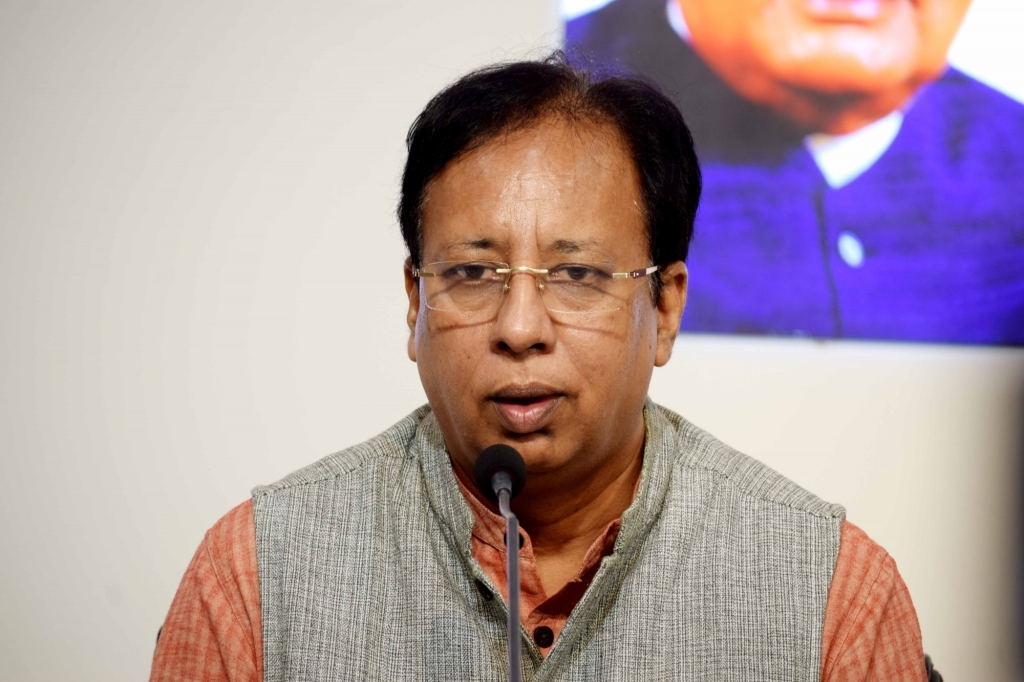 Patna : Bihar BJP president and MP Dr Sanjay Jaiswal on Tuesday targeted Congress MPs Jairam Ramesh and Manish Tewari for giving statements on a dissent note on the Data Protection Bill. Jaiswal said this is against the principles of parliamentary democracy.

Addressing a press conference in Patna, Jaiswal said there is a provision in the JPC or the Standing Committee that any matter is first brought to the notice of the Speaker of the Lok Sabha. He said that the matter is kept confidential till the entire report is laid on the table in Parliament. There should be no discussion on this outside, but the way Jairam Ramesh and Manish Tewari spoke on the Personal Data Protection Bill, despite being former union ministers, is a complete violation of parliamentary traditions and decorum.

Jaiswal said that even in matters related to national security, the Congress does not desist from doing unnecessary politics.

Rejecting the opposition’s objection to this bill, Jaiswal said that the Congress has a habit of obstructing matters of national interest with unfounded doubts.

The Bihar BJP president said that there is another objection of the opposition that the responsibility should be distributed to states also by making them partners, which is practically not possible.

Holding the Congress president responsible for this, he said that it is the habit of the Congress party to risk the security of the general public by obstructing national interest.

He said that the country has already seen how alert and active the present government is about national security — two surgical strikes have been done. Today more than 90 per cent of terrorist incidents are exposed before they happen.