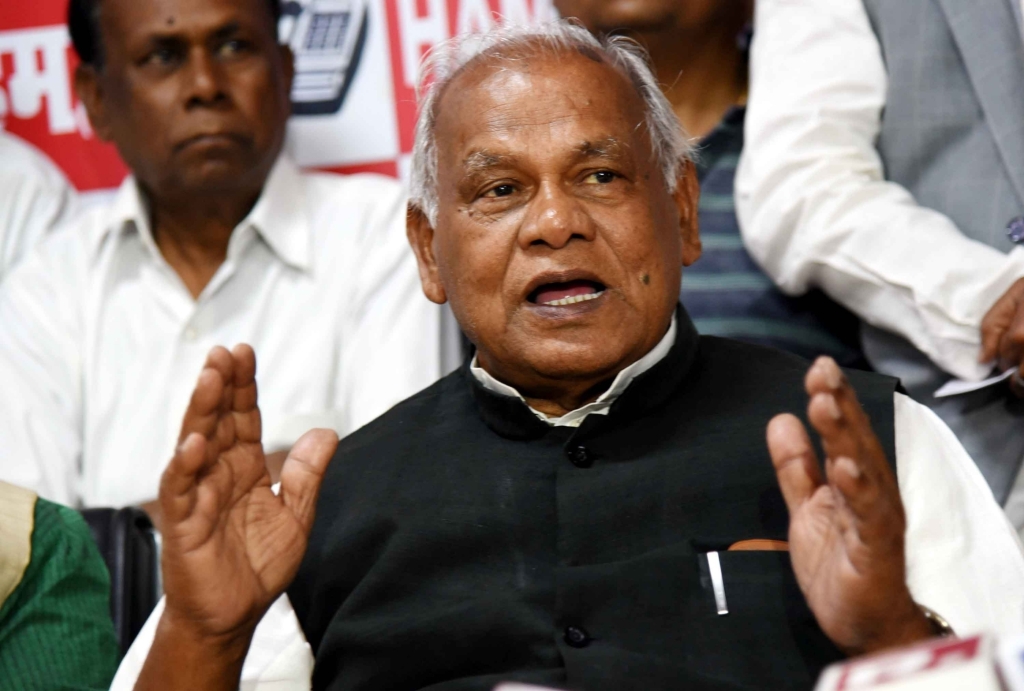 Patna : After the controversial statement of former Bihar chief minister Jitan Ram Manjhi on Lord Ram, he came on the radar of BJP leaders ahead of the Uttar Pradesh assembly election.

BJP MLA Haribhushan Thakur reacted sharply to Manjhi’s statement and said why is Jitan Ram Manjhi not replacing the word ‘Ram’ with ‘Rakshash’ in his name as he does not believe in Maryada Purushottam Shri Ram.

“Manjhi put question mark on the existence of Ram. I want to ask Manjhi why his parents named him Jitan Ram Manjhi. Why is he not replacing his middle name with “Rakshash”. He is doing cheap politics in the name of Maryada Purushottam Bhagwan Shri Ram,” Thakur said.

The BJP MLA from Bipsi in Madhubani district said that Ram is worshipped not only in India but across the world.

Jitan Ram Manjhi on Tuesday said that he has no objection to the inclusion of Ramayan in the school syllabus of Bihar but he also courted controversy by saying that the story of Ramayan is not based on truth.

“Ramayan has many good things which can be used to educate our children and women. Respecting our elders and women are the features of this book. I have no objection to including Ramayan in the syllabus but I personally believe that it is an imaginary book and I don’t think Ram was a great man and he was alive,” Manjhi said.

Nikhil Anand, the national general secretary of the OBC wing of the BJP said: “Jitan Ram Manjhi is a senior leader of Bihar and he should avoid giving statements on anything that has chances of polarizing people. His statement is against every great man who comes from this soil. Whatever he said against Lord Ram may hurt a large number of people of the country. It was just cheap politics by Jitan Ram Manjhi.”

The Ramayan is included in the syllabus of the schools of Madhya Pradesh and a discussion is currently underway in Bihar to introduce it in the state’s syllabus as well.