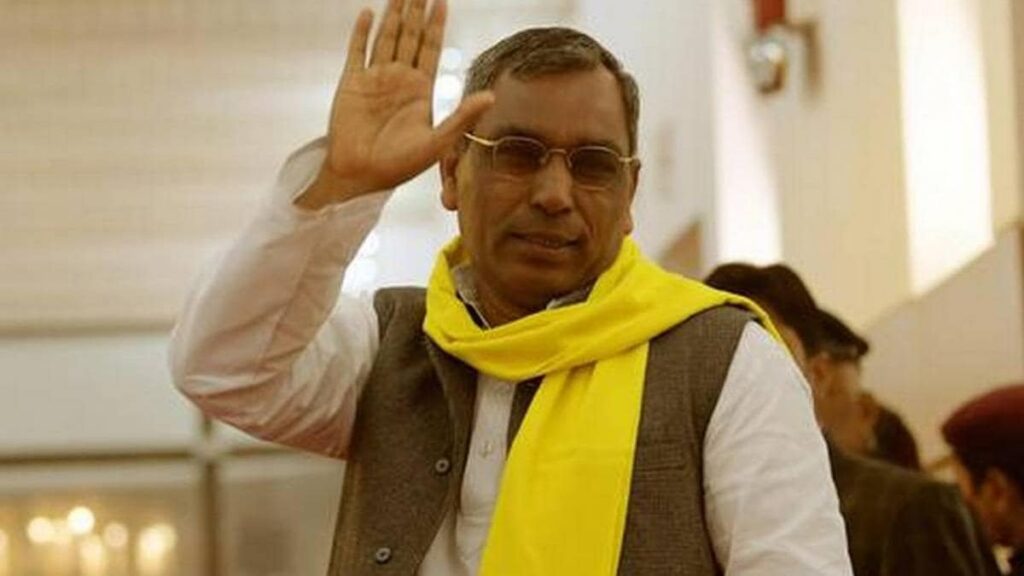 Lucknow: Former Uttar Pradesh cabinet minister and Suheldev Bharatiya Samaj Party (SBSP) President, Om Prakash Rajbhar, has taken a jibe at the Bharatiya Janata Party (BJP) and said, “BJP is a sinking boat, whosoever wants to ride on it is welcome to do so, but I will not ride on it.

Rajbhar tweeted on Friday, saying, “BJP is a sinking boat, whosoever wants to ride on it are free to do so, but we (SBSP) will not ride on it. Whenever elections are near, the BJP remembers the deprived and the backward sections of society. Whenever a Chief Minister has to be chosen, he is brought from outside the state and made the CM. Four-and-a-half years have passed but the issues on which my party had reached an agreement with the BJP, not a single work has been completed.”

The sudden arrival of Uttar Pradesh Chief Minister Yogi Adityanath in Delhi for two days has fuelled speculation in the political circles in Uttar Pradesh. Along with a change in the BJP’s state unit, there is speculation about a reshuffle in the UP cabinet. Therefore, this visit by Yogi Adityanath is considered quite significant before the Assembly elections next year.

MP Anupriya Patel also met Amit Shah to deliberate on the UP Assembly elections. After this meeting, once again speculation is rife that she might rejoin the Narendra Modi cabinet.

According to sources, Anupriya spoke to Amit Shah about the representation of Apna Dal in the possible cabinet expansion at the Centre and in Uttar Pradesh. She has asked for the inclusion of the District panchayat President and party leaders in the state corporations and commissions in Uttar Pradesh.