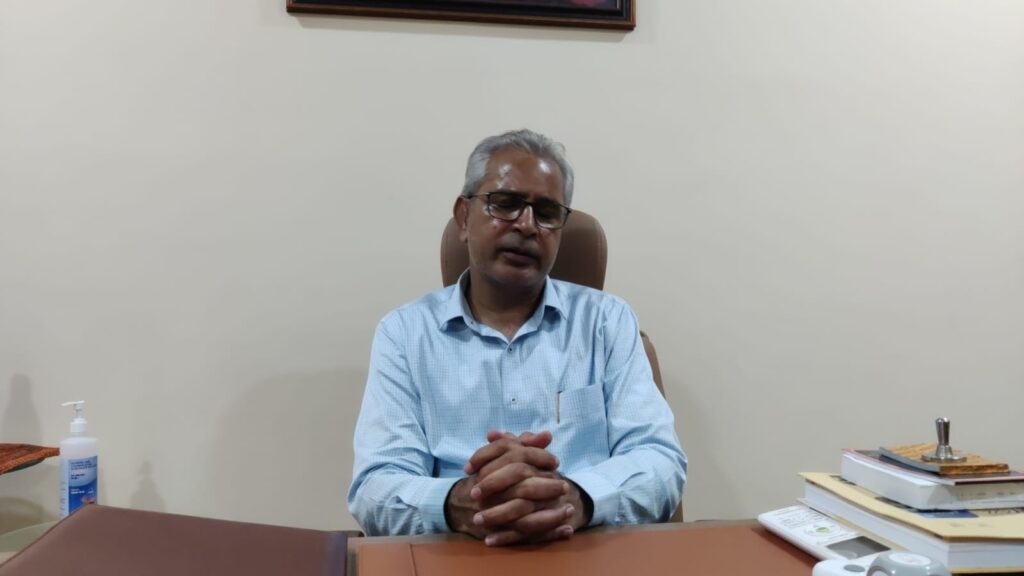 Ahmedabad, June 25 (IANS) With the Assembly elections in Gujarat drawing near, legislators have geared up and are increasing their public engagements. These are the times when people seek answers from the MLAs they voted for.

Congress’ Himmatsingh Patel, MLA from Bapunagar assembly seat in Ahmedabad, about the latter’s tenure as a legislator.

He is in politics for over three decades; starting his political journey with the Youth Congress, Patel had also been the Mayor of Ahmedabad city.

Talking about his constituency, he said that most of the people in his constituency are from the middle class. “There are some slums, some chawls, some small villages which have now merged within Ahmedabad. Many people come to us daily with their problems, which we try to resolve.”

“Issues related to drinking water, sewer lines, sanitation, health, and schooling of poor children are common in this constituency. I have worked on the problem of water and sanitation since I became an MLA. The Congress party had launched the Right to Education scheme, but the BJP government is no longer giving enough forms for admission… We are in constant touch with people,” Patel asserted.

“We have Lal Bahadur Shastri Stadium, founded by Gandhiji and Sardar Patel, where several sports tournaments were played. It has a rich history. There were arrangements like a gym and a swimming pool. The BJP government has ruined the stadium and started discharging drainage water there. It has made people sick, so we started a sewage plant there. We built RCC roads in many societies,” he said.

“We have served the people every day and night during the corona period when people were not able to access emergency ambulance services, medicines, and hospital beds… The whole country saw that the government has failed in mitigating the Covid-19 pandemic,” added the Congress MLA.

Patel accused the BJP government of being biased towards urban areas in the east and the west, arguing that the government has “failed to develop the city uniformly”.

“No new granted school has been started in our area. The BJP government built a private hospital in front of Vadilal Hospital and Medical College, which Gandhiji had started for freedom fighters, and also transferred good doctors from VS Hospital to a private hospital. There is also a shortage of specialist doctors in our area at a government-run Shardaben Hospital… Young people do not have jobs, and education and health have become very expensive. As a result, the poor and the middle-class people are suffering, many young people have committed suicide.”

“There are many small businesses in our area, the BJP has stopped the loans and subsidies started by the Congress for small businesses. The BJP only gives relief to selective people in the industry. LPG gas cylinder and petrol prices have gone up, people are worried about it,” he added.

With BJP in power for the last 20 years, Patel hopes that this time Congress government will be formed in the state.

Anil Thalotia, who lives in Bapunagar area, said that Patel, despite being an MLA, is very polite. “He (Patel) does everyone’s work without any discrimination. When we go to him with any work related to health, education or management, he works for everyone.”

“I have been living in Bapunagar area for 40 years, we have elected a Congress MLA there after 30 years,” said Tarun Parmar, another local. “There are 6000 flats in our area. If anyone in our area reaches out to Patel with a problem, the MLA listens to it and resolves it,” Parmer added.