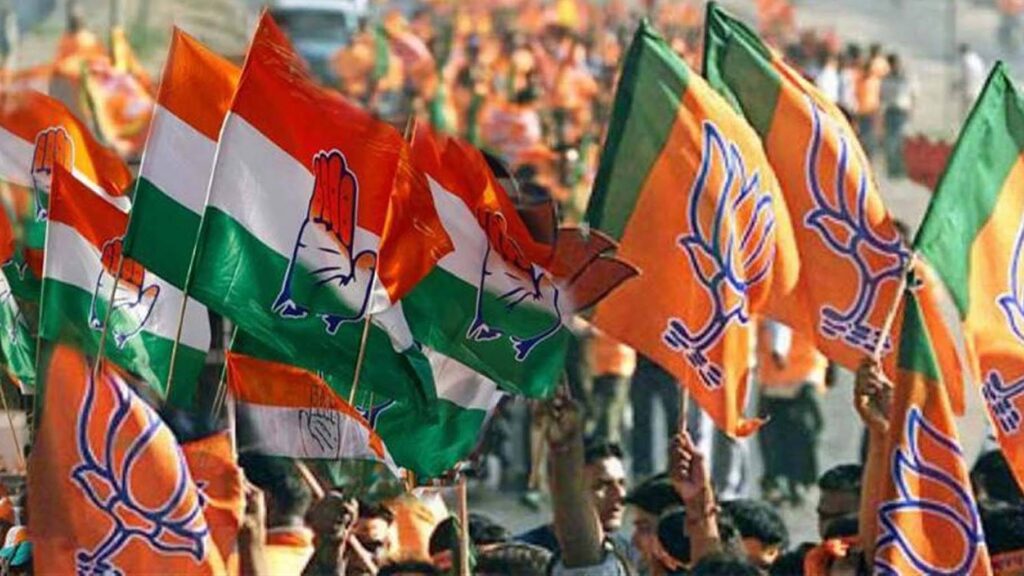 Bhopal : Though local body elections in Madhya Pradesh have been cancelled, both the Congress and the BJP continue to attack each other over the OBC reservation issue, with an eye on the next Assembly polls scheduled in 2023.

In a fresh twist, former Chief Minister of Madhya Pradesh Kamal Nath on Saturday accused the BJP government of trying to suppress the people belonging to Other Backward Class (OBC). He alleged that the state government is using its power to threaten the members of the OBC community.

Nath said that the OBC community was to launch a protest at Chief Minister Shivraj Singh Chouhan’s residence on January 2, but the BJP government threatened them by issuing notices.

“OBC people said they are being intimidated, notices are being served to them. They are being made to sit in police stations. Why is the Shivraj Singh Chouhan government so afraid of the OBC community,” Nath asked.

He further said that the BJP government is neither doing anything for the OBC community, nor is it willing to listen to them.

The OBC Mahasabha has decided to launch a protest on Sunday for excluding them from reservation in panchayat polls and many other issues related to the community. However, there is uncertainty whether the protest will be held.

The fresh ordinance stated that if notification of election is not issued for any reason by the State Election Commission within 18 months from the date of publication of the delimitation or division of panchayats or their wards or constituencies done before the expiry of the term of panchayats, such delimitation or division shall be deemed cancelled on the expiry of the period of 18 months.