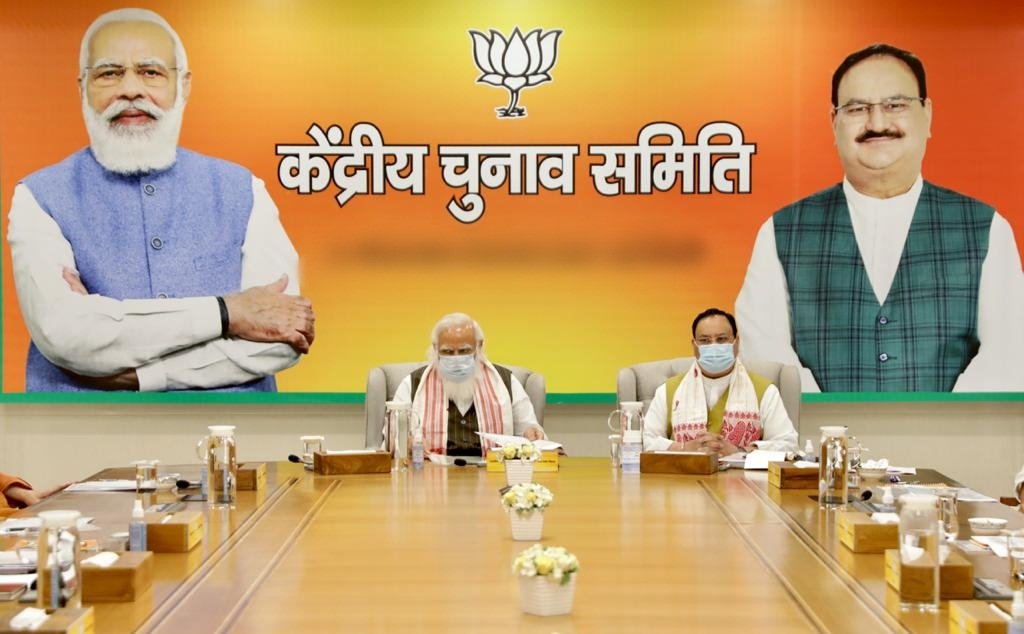 New Delhi : The BJP’s Central Election Committee (CEC) is meeting on Wednesday to finalise candidates for Goa, Uttarakhand, and Uttar Pradesh. The CEC will be held in a hybrid mode and Prime Minister Narednra Modi is likely to attend the meeting virtually.

It is learnt that the CEC will give approval to the names of party candidates for Uttarakhand and Goa, and more names for the remaining phases of Uttar Pradesh.

“Meeting will start from 11.30 a.m. and Prime Minister Modi is likely to attend it virtually,” a party functionary said.

Last Thursday, the BJP CEC meeting was held in a hybrid mode as few of the CEC members, including party chief Nadda, had tested positive for Covid-19. Nadda, however, recovered from the infection and attended meetings on Monday at the party headquarters.

The BJP has announced 109 candidates for 403 member-Uttar Pradesh Assembly. The party on Saturday released its first list of 107 candidates. Chief Minister Yogi Adityanath will contest from Gorakhpur (Urban) Assembly constituency and deputy Chief Minister Keshav Prasad Maurya from Sirathu Assembly seat in Prayagraj district. The BJP has denied tickets to 20 sitting MLAs in its first list.

On Tuesday, the saffron party released the names of two candidates for Uttar Pradesh. A meeting of the BJP core committee on Uttar Pradesh was held to discuss candidates’ names and seat sharing with the alliance partners.

It is learnt that the names of probable candidates for the remaining phases were discussed and seat sharing with alliance partners Apna Dal and Nishad Party was also discussed. A similar meeting of the BJP core committee on Uttar Pradesh was held on Monday evening. Apart from candidates, campaign plans were also discussed.