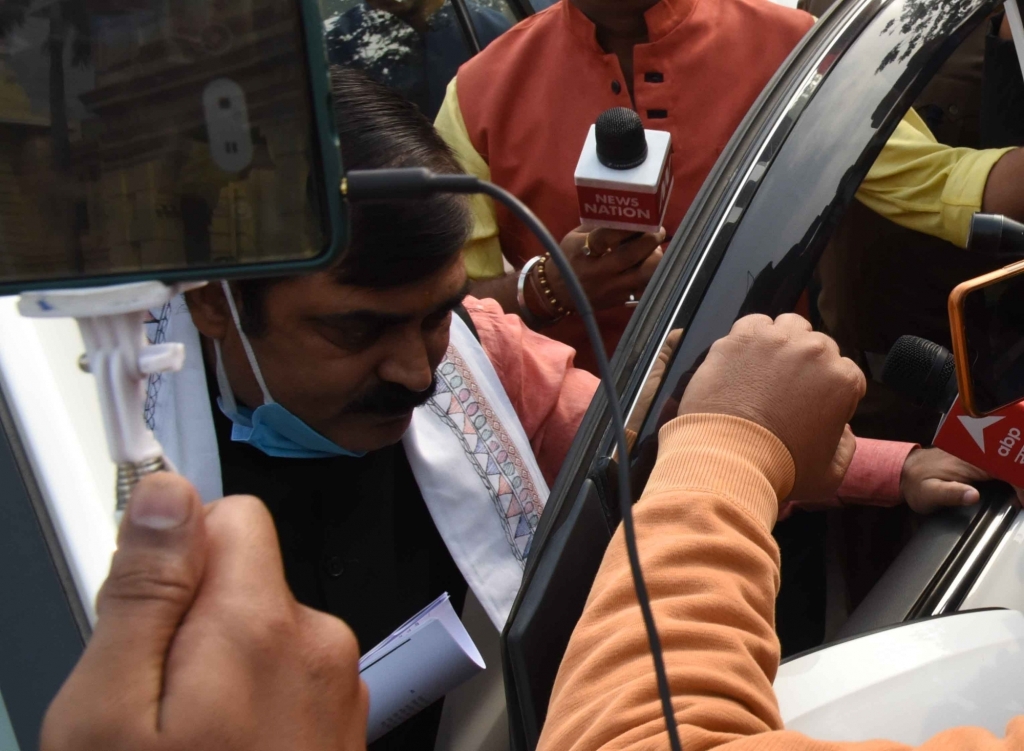 Patna:Senior leaders of Bihar BJP on Thursday demanded strict action against the security personnel who stopped cabinet minister Jivesh Kumar Mishra’s car at the Assembly gate for the convoys of the DM and the SSP.

“Some of the officers who are public servants act like monarchs,” party state president Sanjay Jaiswal said, adding that the Assembly Speaker should take cognisance of the incident.

“The chief secretary says that the district officers should respect public representatives but unfortunately they do not follow a normal disciplinary protocol with MLAs, MLCs and MPs. The condition of district level leaders and public representatives are even worse. We have pointed this out several times but no action was ever taken,” he said.

On Thursday, the vehicle of rural development minister Jivesh Kumar Mishra was stopped at the gate of Bihar Assembly for uninterrupted passage of Patna DM Chandrasekhar Singh and SSP Upendra Sharma’s convoys.

Mishra alleged that DM and SP use the same gate reserved for Chief minister, Speaker and cabinet ministers.

He claimed that the act of traffic personnel deployed at the Assmebly gate amounts to humiliation of a public representatives who is also a cabinet minister of the state. Hence, the two officers should be suspended.