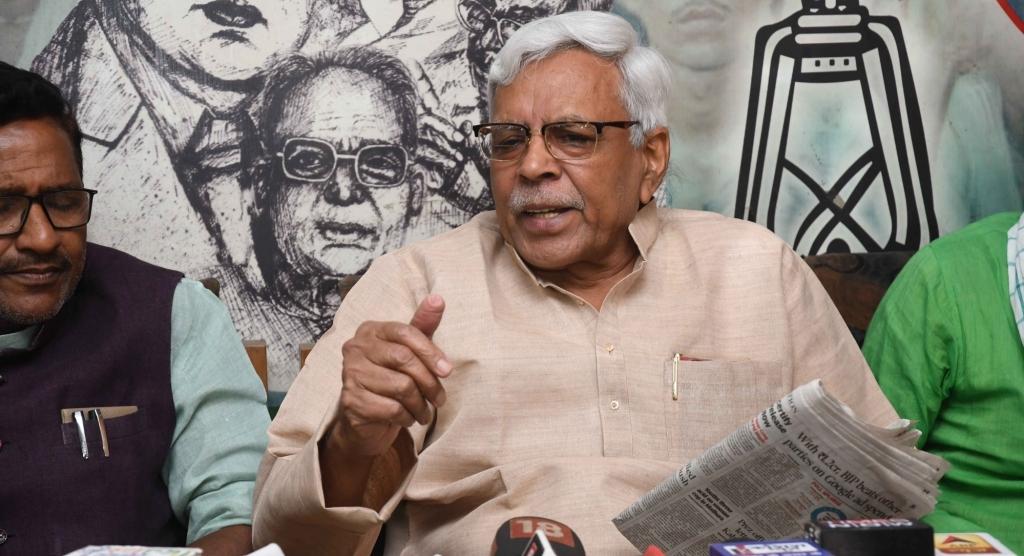 Patna : Amid the ongoing agitation by students in Bihar, Rashtriya Janata Dal vice president Shivanand Tiwari called for action against railway officials for their arrogance which led to the protests.

“The officials of RRB are responsible for creating a mess. They have changed the pattern of the examination that has made the students angry. They are responsible for the damage to government and public property. Hence, Bihar police should register an FIR against the railway officials,” Tiwari .

“When teachers of various coaching centres of Bihar pointed out that such a practice at the last moment may trigger outrage among the students in Bihar, the RRB not only ignored it but also registered FIRs against them for provoking students and job aspirants. Now, it has gone out of control and is spreading in neighbouring poll bound Uttar Pradesh too,” Tiwari said.

“The police have beaten the agitating students mercilessly. They have dragged out students from hostels, lodges and rented accommodation and thrashed them at several places in Bihar and Prayagraj and Mughalsarai in Uttar Pradesh. What wrong have the students done?,” Tiwari asked.

“Moreover, they have also given a statement that those students who are involved in the agitation and damaged railway property would not be eligible for jobs in the Railways in future. Such statements will only intensify the agitation.”

“The Narendra Modi government is feeling the heat of the agitation. If it spreads further in Uttar Pradesh, it will deeply affect the campaign of the BJP. Hence, the union railway minister has taken a political decision to readdress the issues of the students and make provision for the examination on the previous pattern,” Tiwari said.