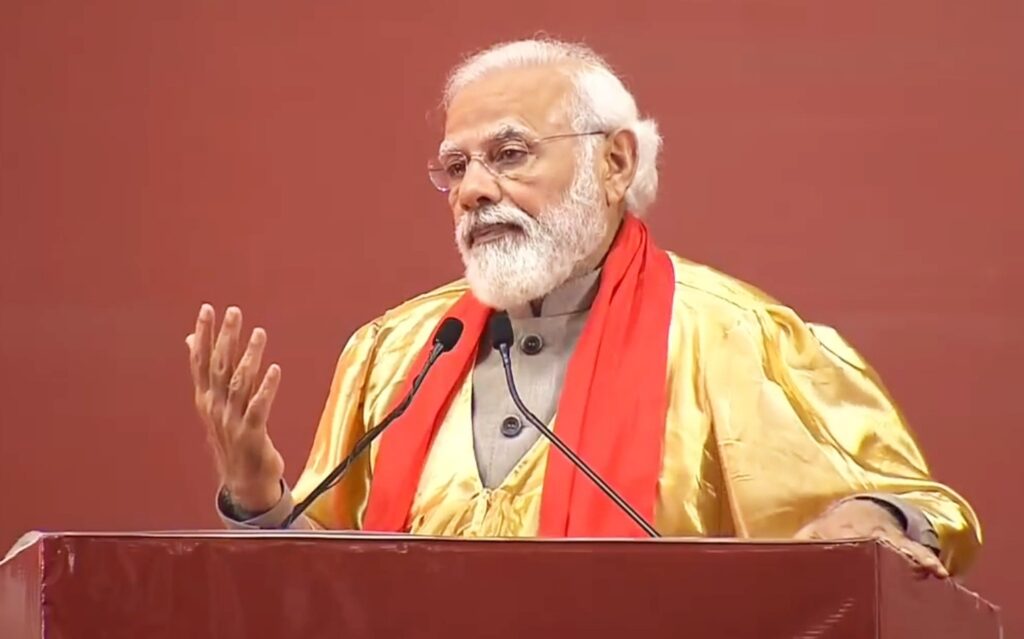 The consistent endeavour of the Prime Minister to improve connectivity all across the country has led to multiple national highway development initiatives being taken up in the state of Punjab. It has resulted in more than doubling the total length of National highways in the state from about 1,700 km in 2014 to more than 4,100 km in 2021. In continuation of such efforts the foundation stone of two major road corridors will be laid in Punjab. This will also be a step towards fulfilling the Prime Minister’s vision to enhance accessibility to major religious centres.

The 669 km long Delhi-Amritsar-Katra Expressway will be developed at a total cost of about Rs 39,500 crore. It will halve travel time from Delhi to Amritsar and Delhi to Katra. The Greenfield Expressway will connect key Sikh religious sites at Sultanpur Lodhi, Goindwal Sahib, Khadoor Sahib, Tarn Taran and the holy Hindu shrine of Vaishno Devi in Katra. The expressway will also connect key economic centres like Ambala, Chandigarh, Mohali, Sangrur, Patiala, Ludhiana, Jalandhar, Kapurthala, Kathua and Samba in the three states/UTs of Haryana, Chandigarh, Punjab and Jammu and Kashmir.

The four-laning of Amritsar-Una section will be done at the cost of around Rs 1700 crore. The 77 km long section is part of the larger Amritsar to Bhota corridor spanning across the longitudinal expanse of Northern Punjab and Himachal Pradesh, connecting four major national highways, namely Amritsar-Bhatinda-Jamnagar Economic Corridor, Delhi-Amritsar-Katra Expressway, North-South Corridor and Kangra-Hamirpur-Bilaspur-Shimla Corridor. It will help in improving the connectivity of religious sites at Ghoman, Shri Hargobindpur and Pulpukta Town (home to the famous Gurudwara Pulpukta Sahib).

The Prime Minister will lay the foundation stone of a new Broad Gauge railway line between Mukerian and Talwara of around 27 Km in length, to be built at a cost of over Rs 410 crore. The railway line will be an extension of Nangal Dam-Daulatpur Chowk railway section. It will provide an all weathered means of transportation in the area. This project also holds strategic importance as it will serve as an alternative route to Jammu and Kashmir, joining the existing Jalandhar-Jammu Railway line at Mukerian. The project will prove especially beneficial for the people of Hoshiarpur in Punjab and Una in Himachal Pradesh. It will give a boost to tourism in the region, and provide ease of connectivity to hill stations as well as to places of religious importance.

In line with the Prime Minister’s endeavour to provide world class medical facilities in all parts of the country, foundation stone of new medical infrastructure in three towns of Punjab will be laid. The 100 Bedded PGI Satellite Centre at Ferozepur, will be built at a cost of more than Rs 490 crore. It will provide services in 10 specialities including Internal Medicine, General Surgery, Orthopedics, Plastic Surgery, Neurosurgery, Obstetrics & Gynecology, Pediatrics, Ophthalmology, ENT and Psychiatry-Drug De-addiction. The satellite center will provide world class medical facilities at Ferozepur and the nearby areas.

Two Medical colleges at Kapurthala and Hoshiarpur will be developed at a cost of around Rs 325 crore each and with a capacity of about 100 seats. These colleges have been approved in Phase-III of the Centrally Sponsored Scheme ‘Establishment of new medical colleges attached with district/ referral hospitals’. A total of three Medical Colleges have been approved for Punjab under this Scheme. The college approved at SAS Nagar in Phase-I is already functional.