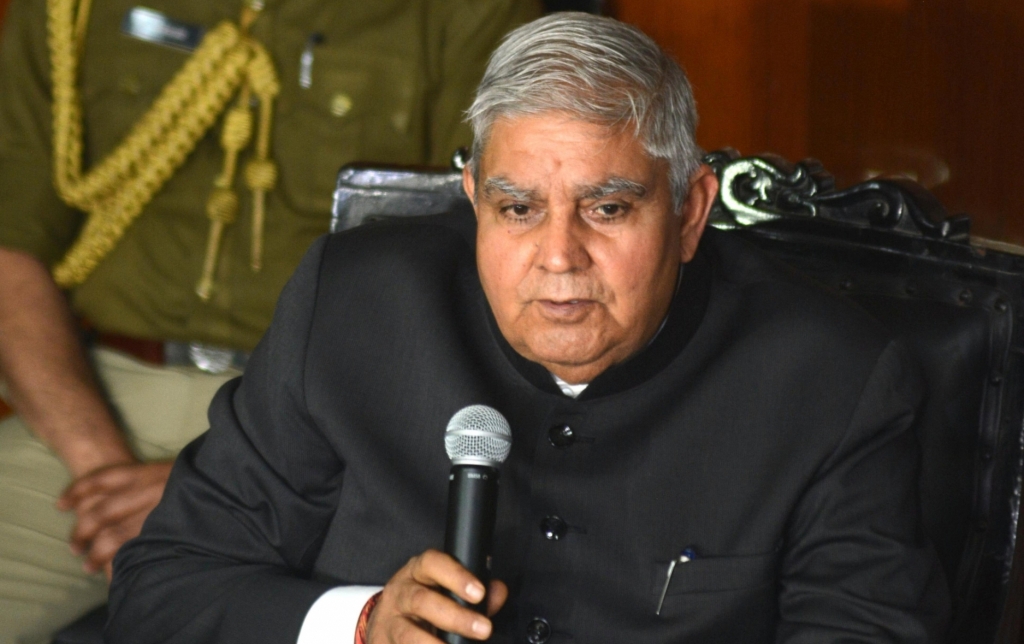 Kolkata : A day before the Kolkata Municipal Corporation (KMC) elections, West Bengal Governor Jagdeep Dhankhar got embroiled in a fresh controversy after he sought details of the financial involvement in Chief Minister Mamata Banerjee’s pet project — ‘Maa Canteen’ — for which the state government allocated Rs 100 crore to provide food at subsidised rates to the poor, particularly during the lockdown.

In a letter to the Principal Secretary of the state’s finance department, the Governor sought the details of the financial involvement in the ‘Maa Canteen’ project.

Taking to his official Twitter handle, Dhankhar said: “Noticing unconstitutional diversion of funds for #MAA Scheme @MamataOfficial till March 31, 2021, WB Governor has sought from Finance Secretary source and amount spent in #MAA till March 31, 2021. Another revelation @DrAmitMitra. His Silence in #BGBS Report Card indicates there is all to hide.”

In his letter written to the state finance department, the governor wrote: “On February 5, 2021, Amit Mitra as then minister in-charge, finance department, made a budget statement for the year 2021-2022 which was tabled by the Hon’ble Chief Minister in the West Bengal Legislative Assembly.

“SI No. 18 in the budget statement is thus: ‘Common kitchen under ‘Maa’ scheme (cooked food). In addition, to ensure that poor people get two square meals a day, a new scheme called ‘Maa’ will be launched under which common kitchen will be opened at different places from where cooked food at nominal price will be served, I propose to allocate Rs 100 crore for the next financial year’.

“It emanates firmly from the aforesaid that the common kitchen under ‘Maa’ scheme was by way of a new scheme and allocation of Rs 100 crore for the next financial year was proposed. Thus, this new scheme was to be operationalised for the period from April 1, 2021 to March 31, 2022 with an annual allocation of Rs 100 crore. This appropriation was similarly affected in terms of constitutional prescriptions.”

The Governor further wrote: “It has been represented, as also gathered from public domain, that the Hon’ble Chief Minister launched the ‘Maa’ canteens for providing subsidised cooked meals to the poor and the destitute at a nominal cost of Rs 5 in mid-February, 2021.

“It is, thus, apparent that for about a month-and-a-half prior to April 1, 2021, the scheme was functional and during this period there was no legitimate allocation to this effect.”

According to the Governor, Article 204 (3) says: “Subject to the provisions of Articles 205 and 206, no money shall be withdrawn from the consolidated fund of the state except under appropriation made by law passed in accordance with the provisions of this article.”

The Governor then sought information on the following:

2) The source of funding of the same, and the authority sanctioning such fund

“Information to this effect may be sought from the Principal Secretary, Finance Department, at the earliest, not later than a week from today,” Dhankhar said.