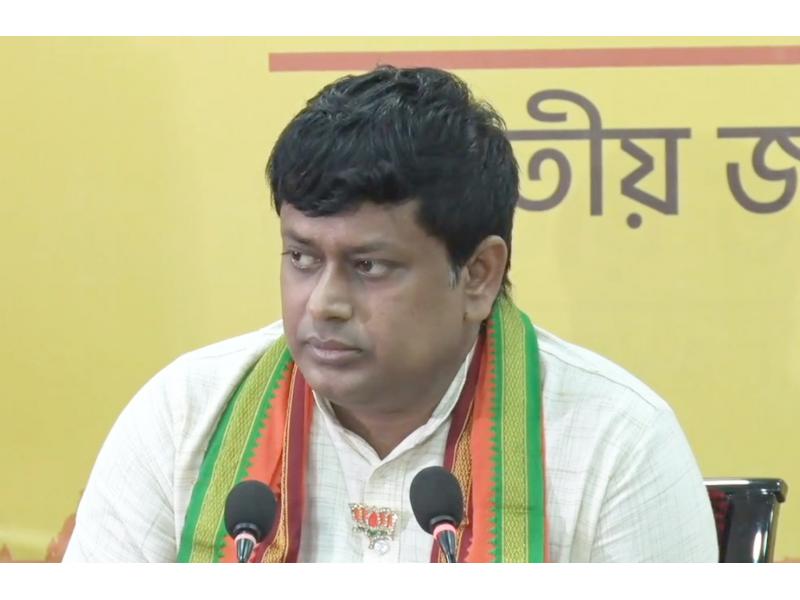 Kolkata : A verbal spat ensued in Kolkata on Wednesday between the BJP, led by its newly-appointed Bengal unit chief Sukanta Majumdar, and the Kolkata police after the former was prevented from campaigning in front of Chief Minister Mamata Banerjee’s residence at Harish Chatterjee Street for the upcoming Assembly bypolls in Bhabanipur.

Majumdar was campaigning for BJP candidate Priyanaka Tibrewal who is pitted against Chief Minister Banerjee in the bypolls in Bhabanipur, scheduled on September 30.

The BJP entourage led by Majundar was stopped by the police on the ground that the saffron brigade didn’t have the requisite permission to campaign in front of the Chief Minister’s residence.

“The CM’s residence falls under a high-security zone and a huge rally with so many people can’t be allowed there,” a senior police officer said.

Majumdar, who was taking out his first rally in the city after becoming the state unit chief, then got engaged in a verbal spat with the police, alleging that the latter had stopped them under the instruction of the ruling party.

Majumadar was soon joined by BJP MP Jyotirmay Singh Mahato, who claimed that they were in compliance with the number of people specified by the Election Commission for door-to-door campaign, but the police said that there were more people in the entourage.

“The Trinamool is afraid and is not allowing the BJP to campaign, but the people will break the barricades,” Majumdar, who then campaigned on another end of the street, told reporters.

He accused the Kolkata Police of bias against the opposition political parties. “Professionalism of West Bengal Police and Kolkata Police has been destroyed,” he said.

Majumdar said that steps will be taken on the matter after discussions within the party.

Tibrewal claimed that she was prevented from campaigning on the street on Tuesday as well despite having the requisite permission.

“There are voters on that street and despite having the permission, why cannot I or our party go there to campaign,” she asked, claiming that Trinamool leaders were freely campaigning in the area.

Tibrewal said, “People are watching everything. The Chief Minister is afraid of the BJP and so she is using the police to stop us. Yesterday I had permission, but why didn’t they allow us to enter Harish Chatterjee Street? The Chief Minister’s residence falls under the constituency but we can’t campaign there! Is this democracy?”

Rubbishing the allegation, Deputy Commissioner of Police (South), Akash Magharia, said, “They did not have vaccination certificates and they were trying to breach the high-security zone, which is why they were diverted from that road.”