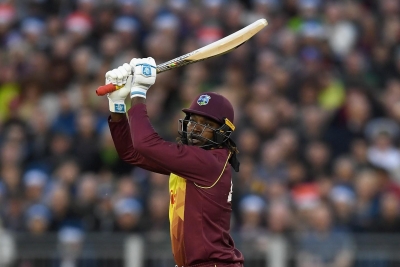 At the same time, Gayle has hoped that Stokes will get the required support from his predecessor Joe Root and others to lift England’s fortunes in Test cricket.

On April 28, Stokes was appointed as the 81st Test captain of England after Root stepped down from the top job. His first assignment as the Test skipper of England will be a three-match home Test series against current World Test Championship winners New Zealand in June.

“I think it’s the best choice to have a guy like Ben Stokes, he’s been around world class players and is a proper all-rounder. I think he’s the best choice to captain the England side. It was tough for Joe Root to step down, but I’m sure he will get the full support from Root and the rest of the players.”

“He’s a guy, based on what he has said, who is more focused on England cricket right now, which is good. He’s looking to accomplish more in the sport, within the international side of things,” said Gayle to TalkSport radio.

Gayle, who captained West Indies in 20 Tests from 2007 to 2010, thinks that captaincy helped him grow as an individual and won’t affect the personal form of players. “It didn’t affect mine! It made me a better person. It grows you and you know how to relate to people more. You know who’s for you. It gives you a challenge and when the pressure is on, that’s when you know who is there for you and who will fight for you. It’s really a good thing to be a captain and always a privilege to lead your country as well.”

Talking about the future of Test cricket, Gayle, who has scored 7214 runs in 103 Tests at an average of 42.18, expressed his worries about the future of the longest format of the game and has urged International Cricket Council (ICC) to provide support for the lower-ranked nations to play the format consistently.

“It’s always about England, India and Australia. Those are the big teams who play four or five Test matches against each other, we don’t get that chance with the lower ranked teams. It’s a struggle for us. We are always going to be down at the bottom and that’s not good for the sport. It’s going to be a big challenge and the ICC need to look into that. That’s very key.”

Considered as one of the greatest cricketers to have played the T20 format with 14562 runs in 463 matches, Gayle admitted that he hadn’t thought the shortest format of the game would gain popularity in a very quick time.

“At first, I was looking at the easy way out. Shorter format, you can finish quicker. I wasn’t really looking in the future. What is happening today, I wasn’t really expecting that. Since that game, the Stanford game, the $20million game. That changed everything within the sport of T20.”

“That’s why you see so many leagues now. The IPL is the biggest one and pays out more. You can get a future out of this game. T20 cricket is a life changing aspect, it changes a lot of lives. It has for me. I’m really happy where it’s at today.”