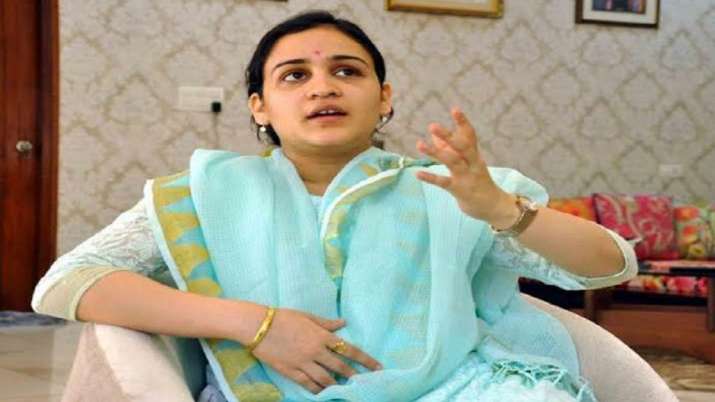 It is learnt that she is seeking a ticket from Lucknow Cantt Assembly seat, however, the BJP leadership has clarified that there will be no pre-condition for joining.

“Aparna has contested the 2017 Assembly polls from Lucknow Cantt Assembly constituency and this time also she has expressed her desire to contest from the same seat. However, the BJP leadership has clarified that there will be no pre-condition and Aparna ticket will be decided like any other only on the criteria of winnability,” a senior BJP leader said.

BJP Lok Sabha member from Prayagraj, Joshi, meanwhile, has on Tuesday offered to resign from Parliament if the party is ready to give ticket to her son Mayank Joshi in the upcoming Uttar Pradesh Assembly polls.

In the past Aparna lauded the several initiatives of the Narednra Modi government like ‘Swachh Bharat Abhiyan’ and others. She also donated for the construction of Ram Temple in Ayodhya.

The Uttar Pradesh Assembly polls will be held in seven phases in February-March starting from February 10. Counting of votes will be held on March 10.