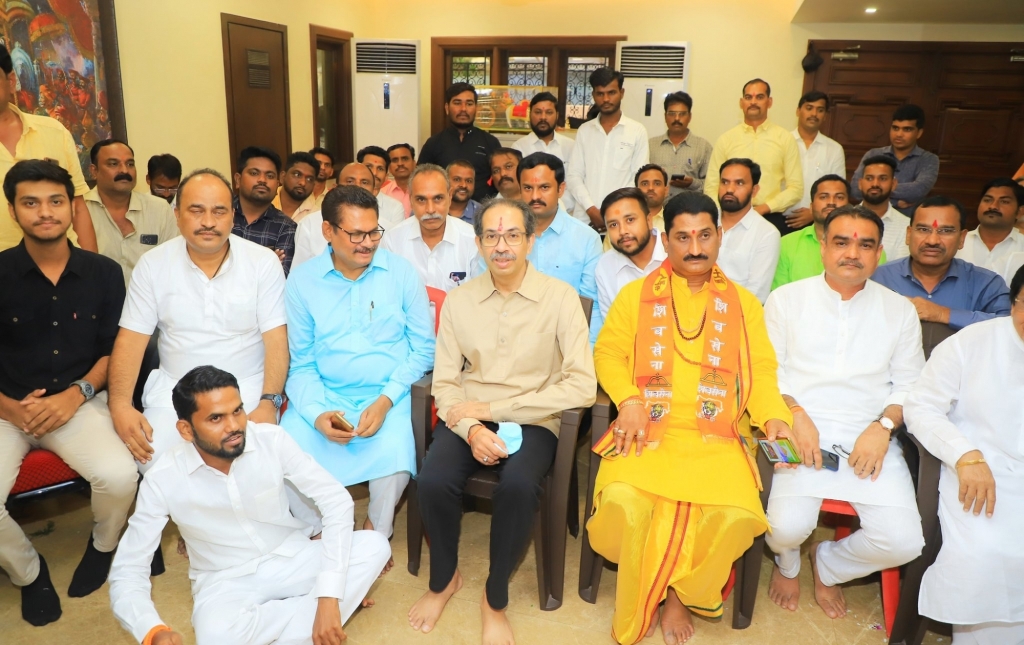 Mumbai : Shiv Sena President and ex-Chief Minister Uddhav Thackeray on Friday welcomed several prominent Banjara community leaders who joined the party, along with a large number of their supporters.

They include Ravikant Rathod, a senior leader of the Vanchit Bahujan Aghadi (VBA), and Mahant Sunil Maharaj of the Poharadevi Temple in Yavatmal, and a dozen other leaders, who tied the ‘Shiv bandhan’ in the presence of Thackeray and other leaders.

Rathod, hailing from Beed district was the second-in-command to the VBA founder Dr. Prakash Ambedkar, the grandson of Dr B.R. Ambedkar, the Chief Architect of the Indian Constitution.

Mahant Sunil Maharaj is a known figure in Yavatmal who could pose a tough challenge to the rebel Sena leader and now a Cabinet Minister, Sanjay Rathod, elected from Digras seat.

Sanjay Rathod was the Banjara face of the Shiv Sena who had to quit the Thackeray ministry two years ago, and later joined hands with Eknath Shinde who became Chief Minister in June after the Maha Vikas Aghadi government was toppled.

Upon joining the Sena, the Banjara leaders said that the problems of their community were not resolved by the VBA and hence they decided to join the Thackeray-led mainstream party which could address their issues effectively.

Both Dr. Ambedkar and Sanjay Rathod downplayed the developments saying in a democracy, everybody had a right to join any party and a few persons leaving them would not affect their organisations much.