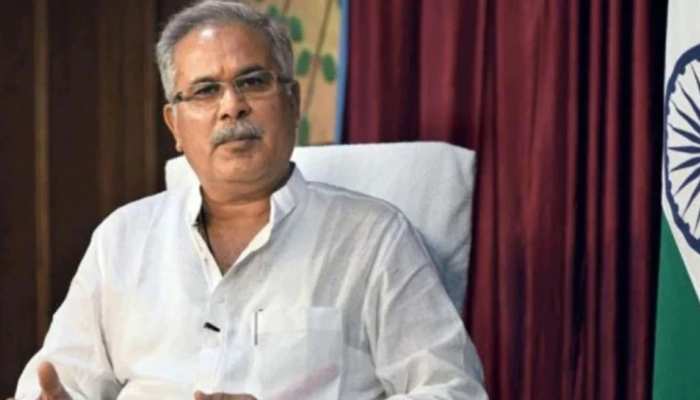 New Delhi : Chhattisgarh Chief Minister Bhupesh Baghel on Thursday criticised the Bharatiya Janata Party (BJP) over its stance on the arrest of religious leader Kalicharan Maharaj. Slamming the saffron party, the Congress leader said the BJP did not condemn Kalicharan’s controversial remarks about Mahatma Gandhi but questioned the ‘protocol’ over the godman’s arrest.

Baghel said his party deplored the remarks made at the ‘Dharma Sansad’ where Mahatma Gandhi was allegedly insulted while his assassin Nathuram Godse was praised.

Hitting out at the BJP, the Chief Minister said the party cannot “establish Nathuram Godse and Veer Savarkar in the country”.

“Mahatma Gandhi is a globally acclaimed leader and widely followed. Who knows about Savarkar in the foreign countries? The BJP has an affection for Godse… and therefore, it’s raising questions on the procedures over Kalicharan’s arrest,” he said.

On being asked if he, as a Chief Minister, expects Prime Minister Narendra Modi to criticise the religious leader’s remarks, Baghel said: “PM Modi is a native of Gujarat where Mahatma Gandhi belongs to. In fact, he should have denounced the controversial comments.”

Kalicharan Maharaj has been charged with sedition after he was arrested from Madhya Pradesh early on Thursday for making derogatory remarks about Mahatma Gandhi.

The remarks were made at an event – ‘Dharma Sansad’, which was organised on December 25-26 in Chhattisgarh capital Raipur.

An FIR against Kalicharan was filed at Tikrapara police station in Raipur by a Congress leader Pramod Dube, who was also present at the ‘Dharma Sansad’.

Kalicharan, who was a guest at the ‘Dharma Sansad’, allegedly abused Mahatma Gandhi and praised Godse.

His arrest by the Chhattisgarh police, however, has led to a spat between the governments of two neighbouring states — the BJP-led Madhya Pradesh, and the Congress-led Chhattisgarh government.

Madhya Pradesh Home Minister Narottam Mishra called Chhattisgarh police’s action a breach of inter-state protocol and has directed the top cop of the state to seek a clarification from the Chhattisgarh DGP.

However, Chhattisgarh Chief Minister Bhupesh Baghel justified the police action, saying: “No rules were violated. Action was taken as per the prescribed guidelines.”