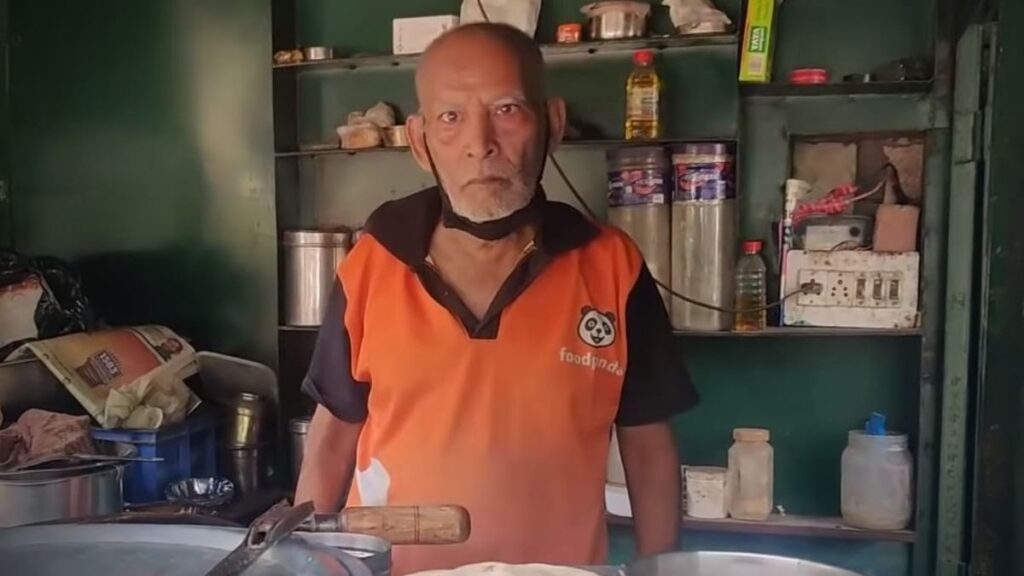 New Delhi: The condition of 81-year-old Kanta Prasad, who is the owner of ‘Baba Ka Dhaba’, a popular eating joint located in south Delhi’s Malviya Nagar, has shown improvement. He has been taken off the ventilator support at Delhi’s Safdarjung hospital since his health has improved, said the hospital authorities.

Kanta Prasad had allegedly tried to commit suicide after which he was admitted to the Safdarjung hospital in the national Capital.

Speaking to our correspondent about Kanta Prasad’s condition, one of his sons said, “Due to the improvement in the health of his father, he has been taken off the ventilator support just a short while ago but he is still not able to speak to anyone right now.”

The ‘Baba Ka Dhaba’ owner had come into limelight last year when a video featuring him went viral on the social media where he spoke about the lack of customers and financial crisis which had hit his small business. After the video went viral, Kanta Prasad became famous overnight and people from all over the country came out in large numbers to provide financial help to him to kickstart his eatery joint again.

The video of Kanta Prasad was shot and uploaded by YouTuber Gaurav Vasan but later a police complaint was filed by Prasad against the latter for defrauding him over money collected in his name.

With the financial help Baba (Kanta Prasad is popularly known as) received from the people, he opened a restaurant but it could not last long. Due to the pandemic-induced lockdown, Baba had to close the restaurant due to non-availability of customers and no income generated following which he again returned to his old dhaba.

Recently, Gaurav Vasan and Kanta Prasad buried the hatchet where the elderly man apologized to the You Tuber.