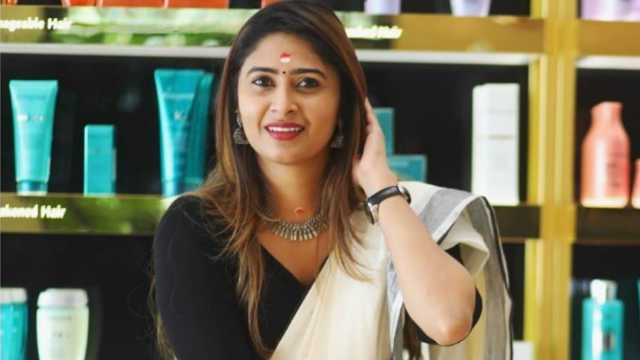 Kochi: Lakshadweep film personality Ayesha Sulthana, who earlier this month got interim bail from the Kerala High Court, on Friday got anticipatory bail in the sedition case she has been charged with by the Kavaratti police.

A complaint was registered by Lakshadweep BJP unit president Abdul Khader against her as she had in a TV channel debate, here on June 7 said that the “Centre used biological weapons for the spread of Covid in Lakshadweep”, which according to the complainant was anti-national.

The Kavaratti police registered a case against her under non bailable sections and had asked her to appear before the police on June 20.

She then applied for the anticipatory bail. The court granted her interim bail and directed the police, in case she needs to be arrested she should be given bail immediately.

She reached the island and presented herself before the police. She has been questioned by the police for three days.

“I have appeared before the police and they have behaved with me very well and I have no issues with them. I had full faith in the judiciary. When I realised what I had said, I had immediately apologised for my mistake,” said Sulthana after hearing the news that she had been given anticipatory bail.

The notice that was served on Sulthana by Sub Inspector Ameer Bin Mohammed contains charges under 124 A and 153 B of the CrPC, both of which are non-bailable offences.

Incidentally, following the move by Khader, several BJP leaders and workers in the island had resigned from the party.

Sulthana hails from Chelath Island in Lakshadweep, and is based here. Besides being a model, she has worked in numerous films in Malayalam.