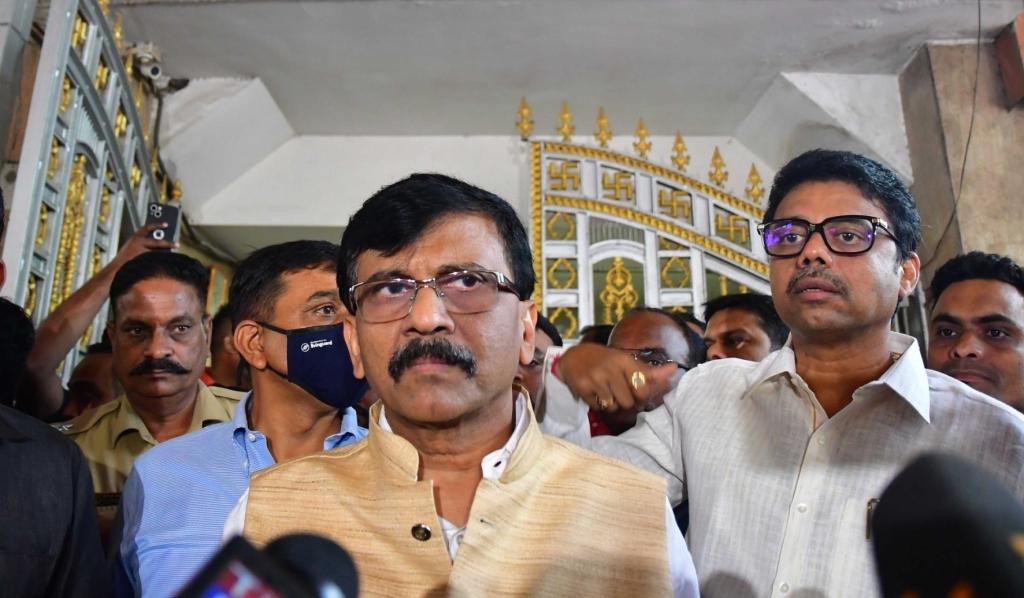 Earlier, Raut confirmed the ED summons, slammed it as “a move to stop me” and dared the central probe agency to arrest him.

“I have just learnt that the ED has summoned me. Good! There are major political developments going on in Maharashtra. We are the Shiv Sainiks of Balasaheb Thackeray and fighting a big battle. This is a conspiracy to deter me. Even if you shoot me, behead me or arrest me, I will not take the Guwahati route,” said Raut.

The ED has directed him to report to its office on Tuesday morning, but the Sena chief cpokesperson said he would seek more time in the matter.

Earlier in April, the ED had attacked properties worth around Rs 9 crore linked with Raut’s aide Pravin Raut and other assets of around Rs 2 crore belonging to his wife Varsha Raut.

The development came close on the heels of the ED calling and interrogating Transport Minister Anil Parab last week for two days in connection with a money-laundering case probe into alleged violation of Coastal Regulation Zone rules for building a luxury hotel, Sai Resort in Dapoli, Ratnagiri district.

The ruling Maha Vikas Aghadi (MVA) has slammed the series of actions by central agencies intended to destabilise and topple the three-party government of Shiv Sena-Nationalist Congress Party-Congress, for the past over two years.

Last week, 200 acres of land and assets worth Rs 78 crore were attached by the ED in a case pertaining to an alleged illegal auction of the Jalna Cooperative Sugar Mill Ltd, controlled by an ex-Sena Minister Arjun Khtokar, as part of the continuing probe into the Maharashtra State Cooperative Bank case.

Reacting to the development in the Raut case, Bharatiya Janata Party Mumbai ex-MP Kirit Somaiya said: “Your efforts to send my mother, my wife, my son and me to jail have miserably failed. Threaten us! Abuse us! Buta Hisaab to dena padega” (You will have to submit the account)”.