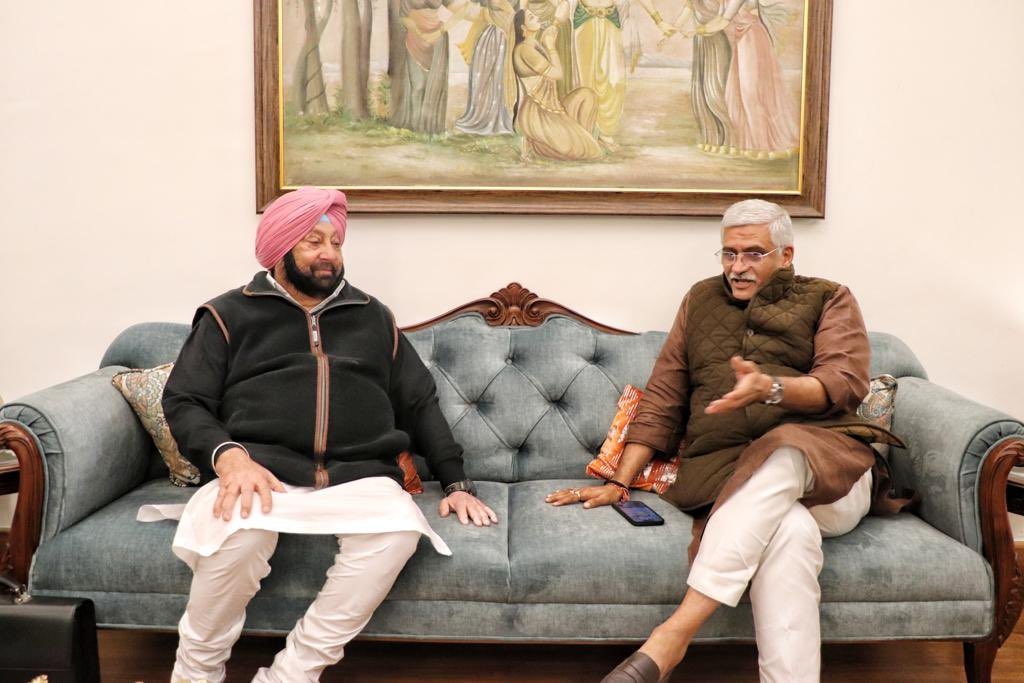 Chandigarh : Punjab Lok Congress (PLC) chief Amarinder Singh on Friday announced his party’s alliance with the BJP for the 2022 Assembly polls in Punjab.

“Met union minister & @BJP4India incharge for Punjab, Shri @gssjodhpur in New Delhi today to chalk out future course of action ahead of the Punjab Vidhan Sabha elections. We have formally announced a seat adjustment with the BJP for the 2022 Punjab Vidhan Sabha elections,” the former Congress leader two-time Chief Minister said in a tweet, after meeting Union Minister Gajendra Singh Shekhawat, who is also the state BJP incharge.

Before the end of the farmers’ protests on the borders of the national capital against three agricultural laws, Amarinder Singh had said any seat arrangement he made with the Bharatiya Janata Party (BJP) would be subject to a resolution of the farmers’ issues in their interest.

On November 2, Amarinder Singh had resigned from the Congress and sent a seven-page letter to interim party President Sonia Gandhi.

He had quit as the Chief Minister in September after a power tussle with state Congress chief Navjot Sidhu.