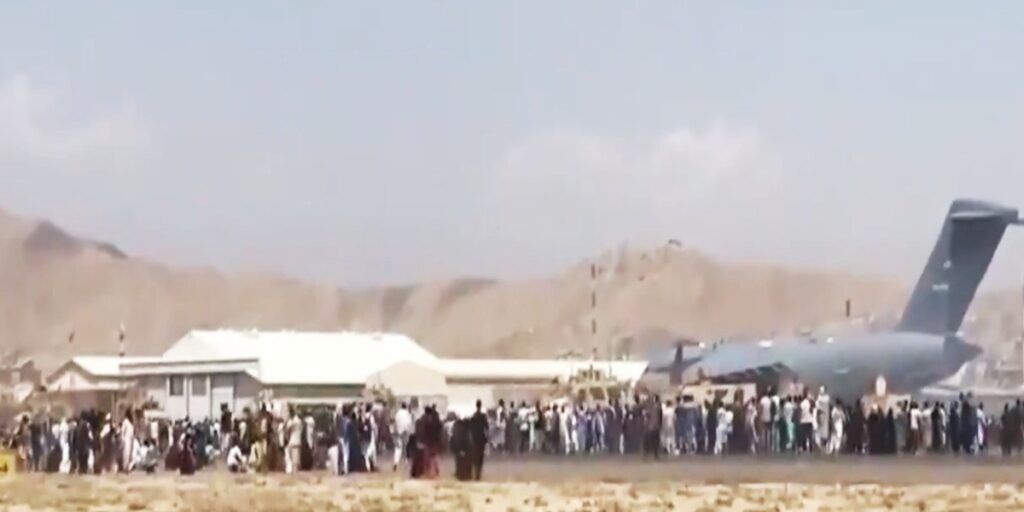 Zaffer Sherrif, who was working at the NATO base in Kabul airport, said all roads in Kabul looked deserted except the one leading to the airport which was choked with heavy traffic as people were in a hurry to leave the country.

“We got the information about Taliban that had captured Jalalabad city (around 40 km from Kabul) on August 16 morning. After some hours, again we were informed that Taliban had entered into the city and local Talibanis began coming inside the airport.”

“Around thousands of Talibanis sat on the runway to disrupt the flight operation and started cover-shot. Later, we were evacuated to Doha from where we have reached India,” he said.

An Air India flight carrying 87 Indians also landed at Delhi’s IGI Airport on Sunday, along with two other private airlines, from different locations.

One more flight carrying Indian nationals is expected to land, said an official.

Another returnee Jagadeesha, who also was working at NATO base in Kabul, said: “We felt safer inside the base. The embassy helped us in getting airlifted to Doha from where with Indian embassy’s help we have reached here.”

Even as the flights carrying Indian nationals landed in early morning at the IGI airport, the check-out was delayed by many hours due to the Covid-related formalities. All the evacuees had to undergo RT-PCR tests.

Health Minister Mansukh Mandaviya tweeted on Sunday morning, sharing a photo of the ongoing vaccination of the evacuees at the Delhi airport.

He tweeted: “We have decided to vaccinate Afghanistan returnees with free Polio Vaccine – OPV & fIPV, as a preventive measure against Wild Polio Virus. Congratulations to the Health Team for their efforts to ensure public health. Take a look at the vaccine drive at Delhi International Airport.”

Polio has not yet been eradicated in Afghanistan and Pakistan.

Meanwhile, the Ministry of External Affairs has said the government is committed to the safe return of all Indian nationals from Afghanistan