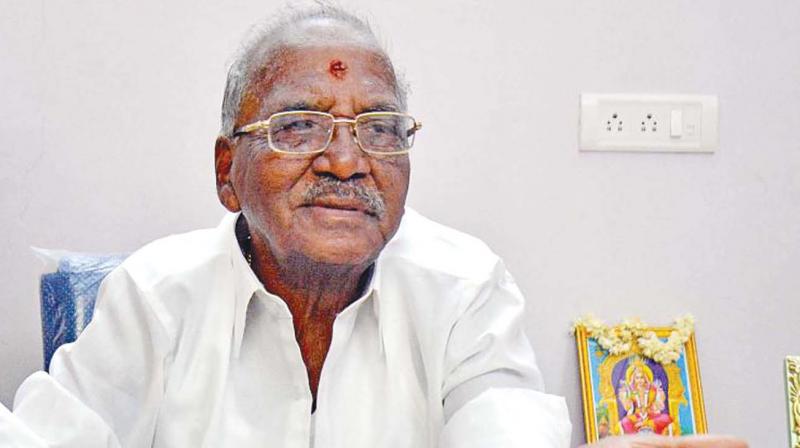 Chennai,  Veteran leader and AIADMK Presidium Chairman E. Madhusudhanan passed away at the Apollo Hospitals on Thursday evening, the party said. He was 80.

Madhusudhanan was admitted to the hospital a couple of days back after complaining of breathing difficulty and age-related ailments.

In their condolence statement, AIADMK Coordinator O. Panneerselvam and Joint Coordinator K. Palaniswami noted that as a 14-year-old, Madhusudhanan was an ardent fan of of actor, AIADMK founder and Chief Minister M.G. Ramachandran (MGR), had formed MGR Mandrams in north Chennai and also conducted classes for children in the evenings there.

They also said that MGR nominated Madhusudhanan to the then Legislative Council.

Madhusudhanan was a minister in the Chief Minister J. Jayalalithaa’s first government.

Madhusudhanan was elected as the party’s Presidium Chairman in 2007. He backed Panneerselvam when the party split in 2017 after Jayalalithaa’s death, but when the two factions, led by Panneerselvam and Palaniswami, merged, it was him the Election Commission handed the party flag and its poll symbol to.