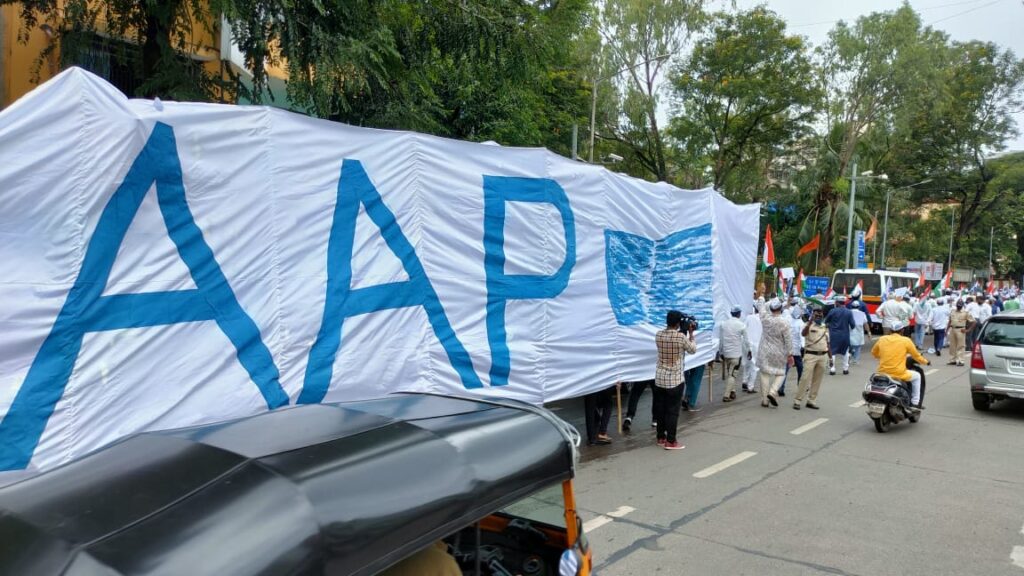 Lucknow : After announcing that it will contest the 2022 Uttar Pradesh Assembly polls on its own, the Aam Aadmi Party (AAP) will launch its election campaign on January 2 with a rally in Lucknow.

The ‘Rozgar Guarantee rally’ will be addressed by party national convenor and Delhi Chief Minister Arvind Kejriwal, according to Sanjay Singh, the party in charge in Uttar Pradesh.

The rally is named after the second election promise declared by the party under which the AAP said that that it will provide 10 lakh jobs a year and an unemployment allowance of Rs 5,000 per month, if voted to power.

“To spread our message, we will hold rozgar guarantee sammelans in all 403 assembly constituencies,” Singh said.

Earlier, the party had promised to provide 300 units of power free, waiver of all dues, free electricity for farmers and for irrigation and now it has promised 10 lakh jobs.

Singh also hit out against the government for having filed 18 cases against him, the latest being for insulting the Tricolour in Loni.

“The FIR has nothing on what I did to insult the flag. At least, file cases against me on something that has actually happened. I will not be intimidated by such tactics,” he said.