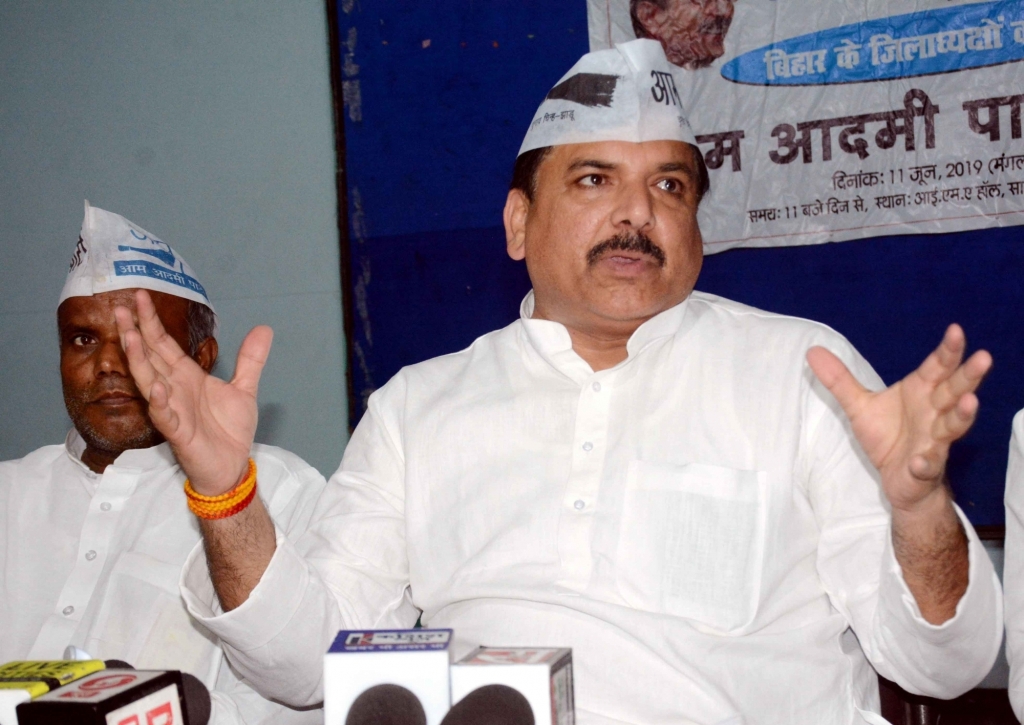 Sitapur : Aam Aadmi Party (AAP) MP Sanjay Singh, who has been in detention at Biswan in Sitapur, for almost two days, has also been formally arrested on Tuesday night.

The UP police finally charged Singh and 15 others under Section 151/107 IPC and arrested them on Tuesday.

Speaking from the guest house, where he has been detained since Monday, Singh said that “The video that shows a vehicle mowing down farmers in Lakhimpur Kheri, also tells us that even after 75 years of Independence, farmers are no more than insects for the government. The video clearly shows the minister’s vehicle crushing and killing farmers.”

The AAP MP also questioned the silence of Prime Minister Narendra Modi and Chief Minister Yogi Adityanath on the new video and demanded that the accused be arrested at the earliest.