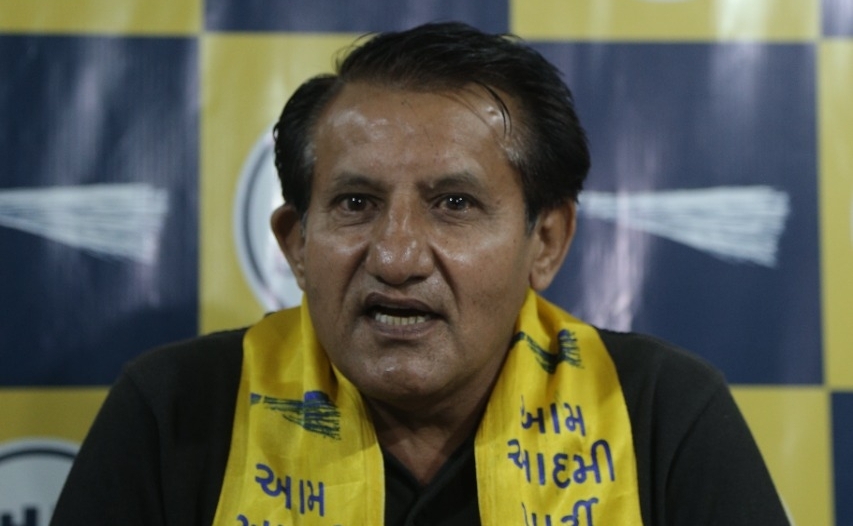 Ahmedabad : Gujarat unit of the Aam Aadmi Party (AAP) has accused the BJP-ruled state government of “stealing” the farmers’ water.

Addressing the media on Saturday, AAP state vice president Sagar Rabari said, “The BJP Government is stealing water in Gujarat. The water of the farmers is being stolen. Despite having water in Sardar Sarovar Dam, farmers’ crops are drying up. This is a serious issue that the BJP government need to address.”

“The rains have stopped, so farmers are waiting for Narmada water for cultivation. On the other hand, the government had stopped giving water for irrigation last summer citing low water level in the dam,” he added.

Elaborating on the issue of water, Rabari said, “While giving excuse for not providing water for irrigation, the BJP government said that only 52.7 crore cubic meters of water was left till June 22 as per the figures given on the Narmada Control Authority’s website… The highest water level as on May 1 was 120.98 meter, the volume of water in the dam was 139.6 crore cubic meter i.e. 11,31,755 acre feet.”

The AAP leader claimed that the amount of drinking water allotted for the people of Gujarat throughout the year is 0.86 million acre feet that is 860,000 acre feet. “However, between May 1 and June 22, a total of 86.9 crore cubic meter that is 7,04,509 acre feet of water was used… 81.91 per cent of the total volume of water allotted in a year was utilized in just 53 days… That is why I say that the Gujarat government and Sardar Sarovar Narmada Nigam are stealing water from farmers in Melapipana,” Rabari asserted.