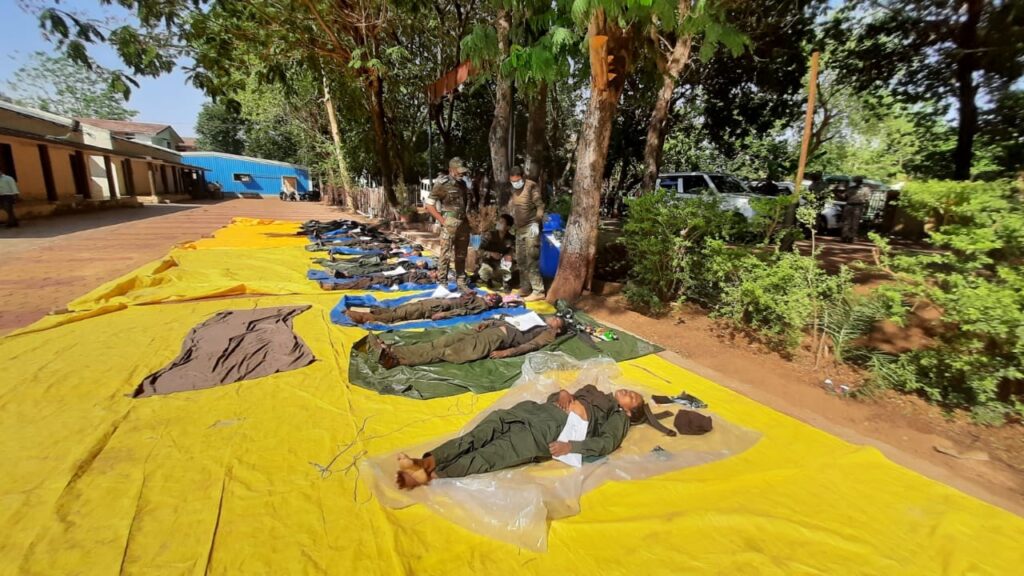 Gadchiroli (Maharashtra), Registering a major victory in the ongoing war againt rebels, the Maharashtra Police on Friday gunned down most-wanted 13 Maoists, including 7 women, in a fierce gun-battle in the deep forests near Etapally, officials said here.

The 90-minute encounter between the Maoists and the crack force of C-60 commandos, which started around 6 am today in the Paydi-Kotmi jungles, may have resulted in at least 4-5 more of the rebels getting injured but they escaped in the jungle.

An official spokesperson for the Anti Naxal Operations (ANO) unit said that early Friday, following a tip-off that a group of Maoists were planning to come to the local villages for its regular extortion purposes, a team of C-60 commandos was deployed to carry out combing operation in the forests.

At that time, a gang of around 60-70 heavily armed Maoists began firing indiscriminately in the direction of the police teams.

The police first made appeals to the rebels to lay down arms and surrender, but they failed to comply and the commandos replied by firing at the Maoists.

After an encounter lasting for about 90 minutes, the Maoists made good their escape in the thick forests, ending the dawn firing in which the police extracted a heavy toll on the rebels’ side.

A subsequent search of the vicinity revealed the bodies of 13 Maoists, including 7 women and six men, carrying a collective reward of Rs.60-lakhs on their heads, and they belonged to the dreaded groups active locally.

The police also recovered a cache of weapons like one AK- ammunition and explosives, besides articles of daily use from what appeared to be a temporary camp area.

The district police and surroundings have been put on alert in other talukas for any retaliatory attacks by the Maoists.

This is the second important success in the anti-Maoist crusade of the Maharashtra Police in the past 7 months after an October 2020 encounter in Gyarapatti forests saw 5 Maoists, including 3 women, shot dead.