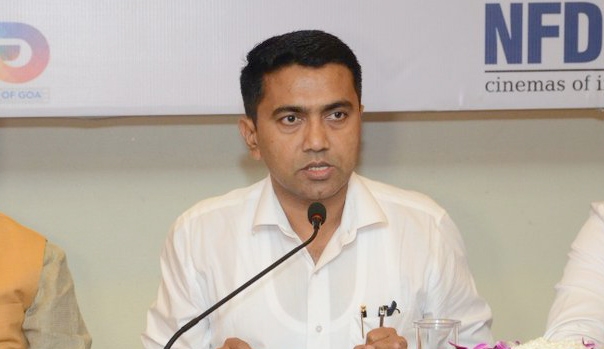 Panaji,  Goa Chief Minister Pramod Sawant and Health Minister Vishwajit Rane should resign from their posts, in wake of 72 previously unreported Covid-related deaths in the state in private hospitals from August 2020 to May this year, the main opposition party in Goa, the Congress, demanded on Tuesday.

The demand follows a revelation by the state Health Ministry, which in its daily communique of Covid-related updates said that so far 72 Covid-19 deaths, which occurred in private hospitals between August last year and May this year, were reported late to the authorities.

A Health Ministry statement late on Monday had said that 67 deaths had been unreported in the stated period and on Tuesday added five more deaths to the total tally of previously unreported Covid deaths.

“The government was trying to hide these deaths. This must be probed and to ensure a fair probe, both Sawant and Rane need to resign,” Goa Congress spokesperson Amarnath Panjikar demanded at a press conference in Panaji.

A similar demand has been made by other opposition parties including the Aam Aadmi Party, which has now sought a judicial enquiry into the alleged “fudging” of death tally.

State Aam Aadmi Party convenor Rahul Mahambre said that Chief Minister Pramod Sawant and Health Minister Vishwajit Rane should order a judicial enquiry into the late reporting of Covid deaths and also demanded a white paper on the unreported deaths within the next 24 hours.

Opposition MLA Rohan Khaunte has also demanded a probe into the late revelation.

“The very fact that 67 Covid deaths in private hospitals went unreported, adds fuel to the already existing allegations that daily Covid figures are diluted as per government’s necessity. A thorough enquiry and action is a must,” Khaunte said in a statement.

Since last year, Goa has reported a cumulative tally of 1,60,284 positive cases, while 2,859 persons have died in the state due to Covid-related complications.