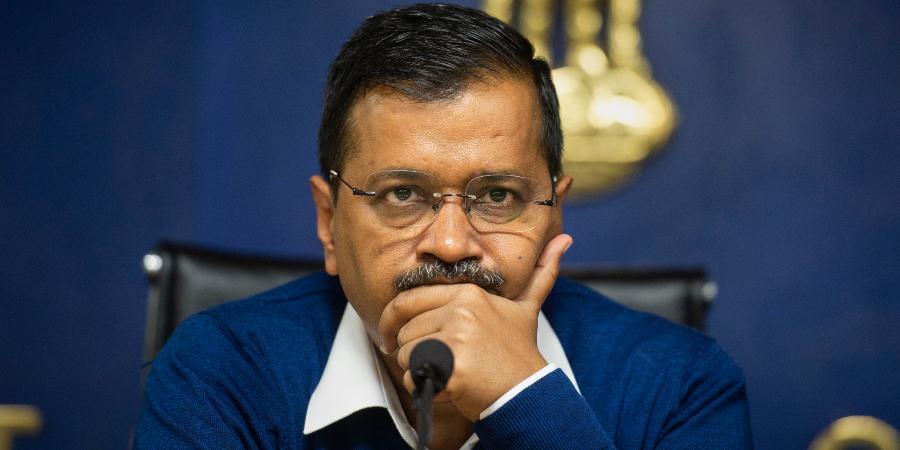 New Delhi: In the wake of the unabated resurgence of new Covid-19 cases in the national capital, Delhi Chief Minister Arvind Kejriwal on Monday declared a six-day lockdown starting from 10 p.m. Monday till 6 a.m. on April 26.

He made the announcement during a televised address in which he said the fourth wave of the pandemic in Delhi has brought healthcare services to the brink of collapse.

“In order to prevent a total collapse, LG Anil Baijal and I took this decision. And in this duration, essential services will be allowed and more beds will also be set up,” the Chief Minister added.

As the city logged around 23,000 coronavirus cases in the last 24 hours, Kejriwal and Baijal held a meeting earlier in the day to discuss the overall situation.

“I won’t say our health system has collapsed but it is at an alarming stage due to the resurgence,” Kejriwal further said, adding the overall situation in the city was critical.

“Curfew on movement of individuals (except for exemption given) in the territory of NCT of Delhi with effect from 10 p.m. on April 19 (Monday) to 5 a.m. on April 26 (Monday). In case any person is found violating DDMA instructions, the defaulting person shall be proceeded against as per the provisions of section 51 to 60 of Disaster Management Act- 2005,” a fresh order issued by DDMA read.

The DDMA order stated that government and private offices will remain closed except those involved in essential services. “All judicial officers/officials staff members of all Courts of Delhi (Supreme Court Of India, High Court of Delhi, District Courts/ Tribunals will be allowed with production of valid Identity Card, Service ID card/ Photo entry passes/permission letter issued by the Court administration,” DDMA said.

On Sunday, Delhi recorded the biggest jump in its daily Covid tally with 25,462 fresh cases and a positivity rate of nearly 30 per cent, which meant that almost every third sample being tested in the city was positive.

The Delhi Government had earlier imposed night curfew between 10 p.m. to 5 a.m. which is still in operation. On Friday, the state government imposed the weekend curfew, but the surge in Covid-19 cases continued in Delhi as around 23,500 new cases were reported on Monday.