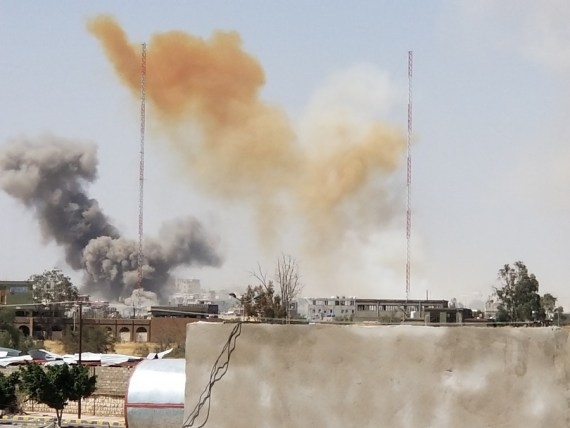 Sanaa, Forty-seven people were killed in the past 24 hours as fighting escalated in Yemen’s oil-rich province of Marib, a government official said.

The government forces engaged in violent armed confrontations with scores of the Houthi militia who were desperately attempting to militarily advance towards the city of Marib, the official told Xinhua news agency on Sunday.

He said that “the Houthis simultaneously carried out large military operations and shelling attacks against key government-controlled villages located around the city of Marib”.

He confirmed that the Houthis’ military operations against Marib continued despite the intensified airstrikes launched by the Saudi-led Arab coalition to support Yemen’s government forces on-ground.

More than 27 Houthi fighters and about 20 soldiers of the government forces were killed during the fighting, he added.

Earlier in the day, both warring sides continued exchanging heavy artillery shelling outside Marib, causing an unknown number of deaths and injuries.

Another source close to the country’s pro-government forces confirmed to Xinhua that a number of military vehicles belonging to the Houthi militia were completely destroyed following the artillery shelling.

In cooperation with local tribesmen, the government forces succeeded in aborting more than 15 armed attacks against the densely populated city of Marib.

On Saturday, scores of Yemeni people were killed and many others were injured as non-stop fighting struck various areas of the war-torn Arab country.

According to local government officials, the most ferocious fighting occurred between the government forces and the Houthi rebels over the control of the oil-rich province.

Fighting continues heating up as regional and international powers are still making efforts to end the long-lasting bloody conflict and achieving permanent peace in the impoverished Arab country.

Yemen has been mired in a civil war since late 2014 when the Iran-backed Houthi rebels seized control of several northern provinces and forced the Saudi-backed government of President Abd-Rabbu Mansour Hadi out of the capital Sanaa.

The Saudi-led coalition intervened in the Yemeni military conflict in March 2015 to support Hadi’s government.