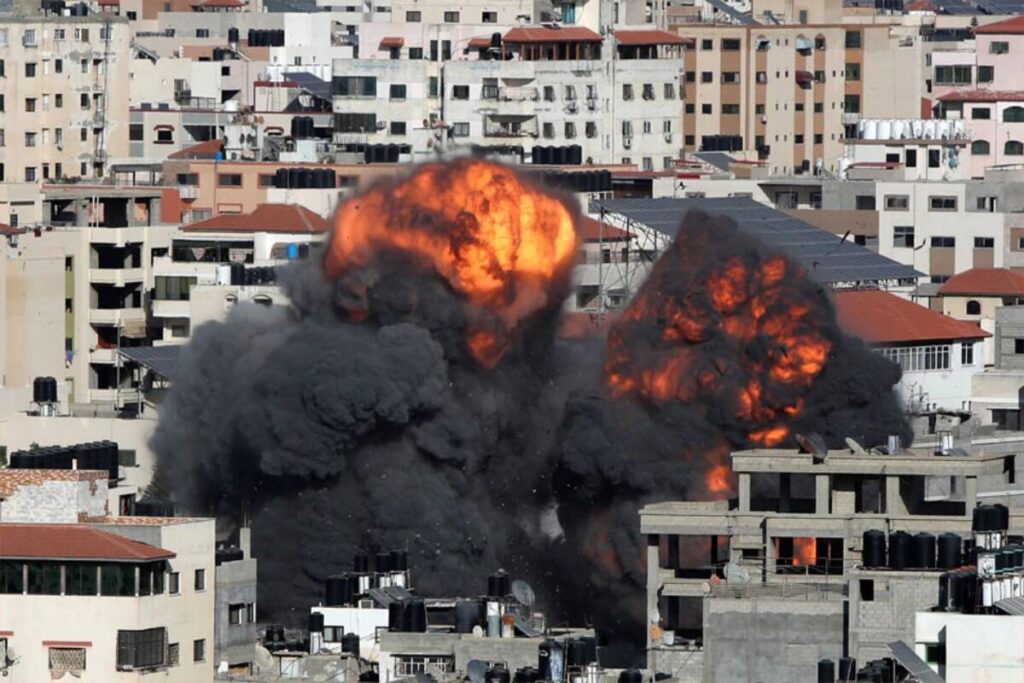 Tel Aviv: A week after the shelling began, Palestinian militants have fired some 3,150 rockets from the Gaza Strip toward Israel, the Israeli Army said on Monday.

About 460 of the rockets never made it across the border and went down in Gaza territory, dpa news agency quoted the military as saying.The Iron Dome missile defence system had an interception rate of about 90 per cent, it said.In comparison, a total of 4,481 rockets were fired at Israel during the entire 51-day Gaza war in 2014.There were initially no current figures on the number of attacks by Israel in the Gaza Strip this morning.

Palestinian militants in the Gaza Strip began firing rockets at Israel a week ago on May 10.

Since the escalation, around 42,000 Palestinians in the Gaza Strip have fled their homes, according to the UN Palestinian Relief and Works Agency based in the coastal enclave.

They have sought shelter in 50 schools run by the Agency, a spokesperson for the organisation said on Monday.

More than 2,500 people have been left homeless after their homes were destroyed.

Confrontations between Palestinians and Israelis at the Al-Aqsa Mosque compound in Jerusalem’s Old City intensified this month following a court ruling that tried to evict several Palestinian families from their homes in the Sheikh Jarrah neighbourhood in East Jerusalem.

After hundreds of Palestinians were injured in clashes with Israeli police in East Jerusalem last week, Hamas, which rules the Gaza Strip, launched the rocket attacks against Israel, which responded with intense airstrikes against targets in Gaza.

The fiercest fighting between the two sides since 2014 has killed nearly 200 Palestinians and about 10 Israelis.