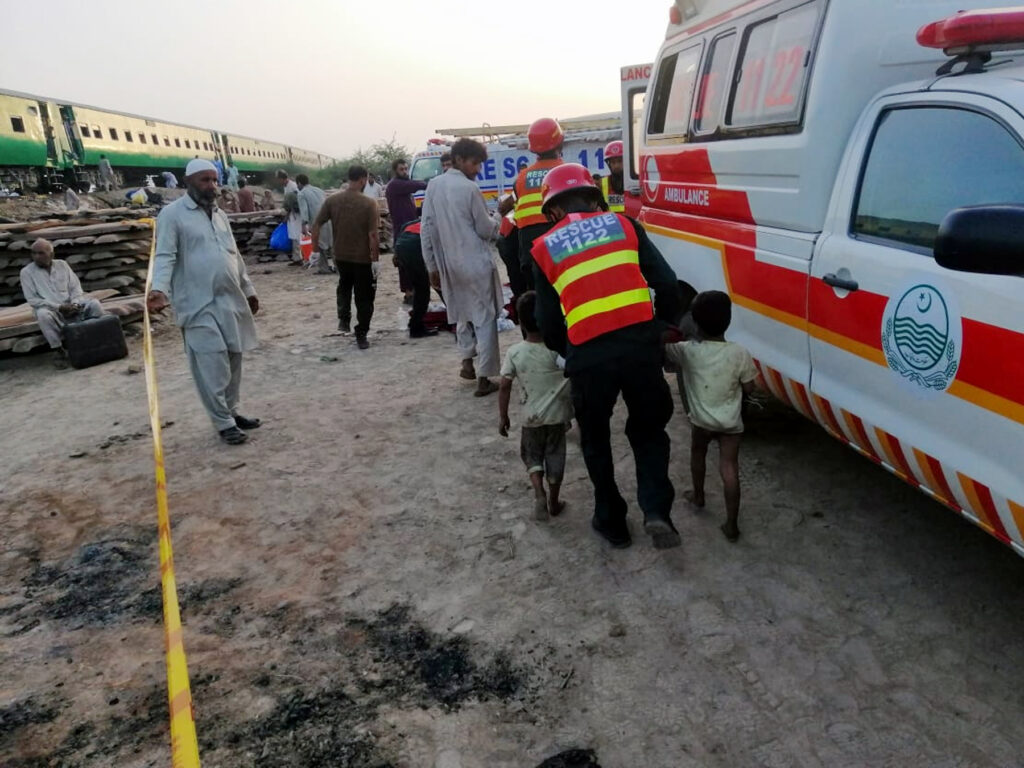 Islamabad, At least 30 people were killed and 50 others injured after two passenger trains collided on Monday in Pakistan’s Sindh province, authorities said.

According to the authorities, a Sir Syed Express Train, which was en route from Lahore to Karachi, collided with the Sargodha-bound Millat Express train after it had derailed.

Due to this, the coaches of the Millat Express train overturned.

The casualties and the injuries were confirmed by Ghotki Deputy Commissioner Usman Abdullah.

He added that the death toll could increase, as there were more people trapped under the overturned coaches.

Speaking to Geo News, Abdullah said that 13 to 14 coaches had derailed in the incident while six to eight were “completely destroyed”.