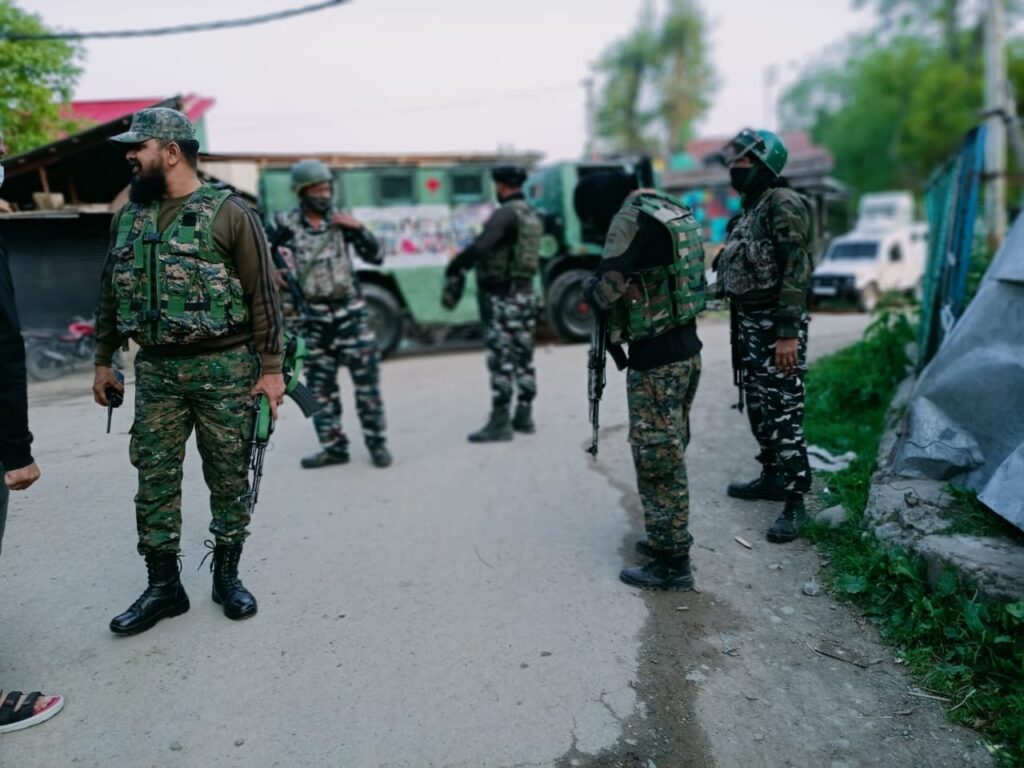 Srinagar, Three terrorists were killed and another surrendered on Thursday morning after an encounter in South Kashmir’s Shopian district, officials said.

A group of four new recruits of Al-Badr terror outfit were trapped in Kulgam area amid a cordon and search operation. Acting on a specific input about the militant presence, police and army had started a joint operation on Wednesday night.

Police said turning down the surrender offer, the trapped terrorists fired and lobbed grenade on the joint search party.

Army said multiple appeals for surrender were made by the police and family members of the trapped terrorists. “Restraint was exercised to avoid any collateral damage,” army said.

Four pistols were recovered from the slain terrorists. The joint operation is over.