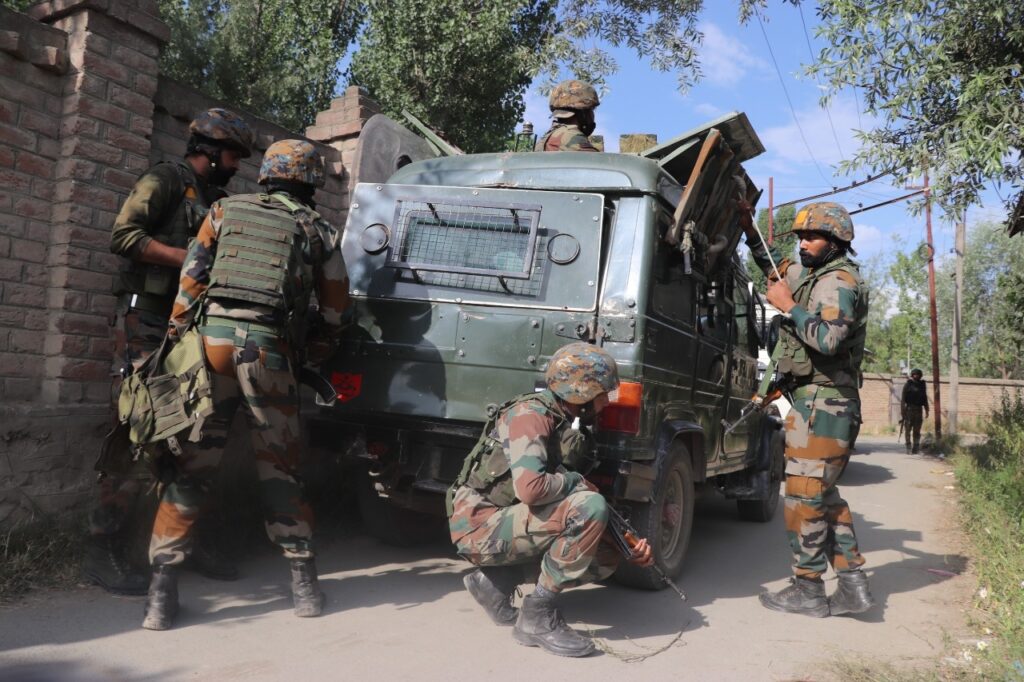 The encounter at Hanjin Rajpora area is ongoing, the police said.

The firefight took place started earlier in the day after a joint team of the police and the army cordoned off the area and launched a search operation on the basis of specific information about presence of terrorists.