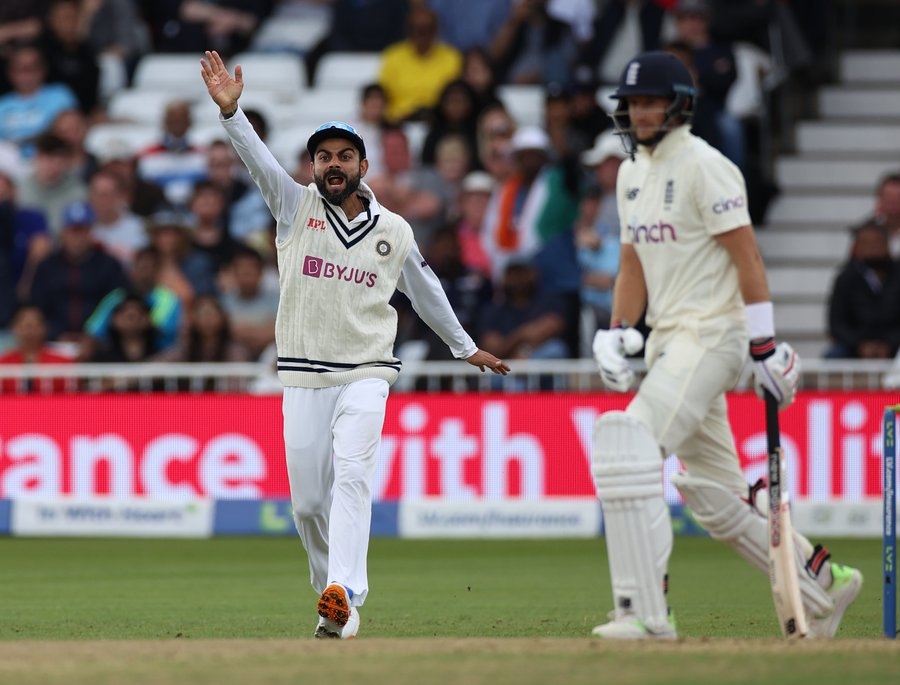 London: Once bitten, twice shy. India skipper Virat Kohli on Thursday went in to the second Test against England at Lord’s with four seamers and one spinner, and not two spinners and three seamers as he did in the second Test at the same venue during the 2018 tour of England.

India lost pacer Shardul Thakur due to injury for the second Test and there were speculation that R Ashwin could play. However, Kohli hinted in Wednesday’s press conference that he may not play Ashwin and may pick a seamer to replace Thakur. He kept his word and brought in the experienced Ishant Sharma.

Kohli was criticised for fielding Chinaman bowler Kuldeep Yadav and off-spinner R Ashwin together on a pitch that was seamer-friendly back in 2018.

India, who were bowled out for 107 in first innings of that Test, had England reeling at 89/4 and then at 131/5 before Chris Woakes (137 not out), Jonny Bairstow (93) and Sam Curran (40) rescued them. While the seam bowlers had done their job in making early dents, the spinners struggled on a pitch that gave them no help.

England took a big 289-run lead and then bowled India out for 130 in the second innings.

“Very poor from India. While we all want to stand by our team and support them when they don’t do well, going down without a fight is very disappointing to watch,” former Indian team opener Virender Sehwag had tweeted after India’s loss back then.

India also played two spinners, Ravindra Jadeja and R Ashwin, during the World Test Championship (WTC) final against New Zealand in June. Not surprisingly, they lost the WTC final as the spinners struggled to get purchase from the pitch.

Keeping that in mind as well as the debacle at Lord’s in 2018, Kohli has decided to field four pace bowlers and a spinner in the ongoing Test match at the home of cricket.

The India captain had, on Wednesday, hinted he won’t be playing R Ashwin — who is handy with the bat — as he thinks the batting is sorted. He said that his priority is to take 20 wickets and therefore would go in with a bowler most suitable to pick wickets in the prevailing conditions.

“For us, it is about finding that perfect balance. But if someone like Shardul is not available, we will definitely look at first how to pick 20 wickets, and not try to plug in another guy who can give us runs with the bat. We feel very comfortable with how the first Test went,” added Kohli of the possibility of fielding four pacers and a spinner.