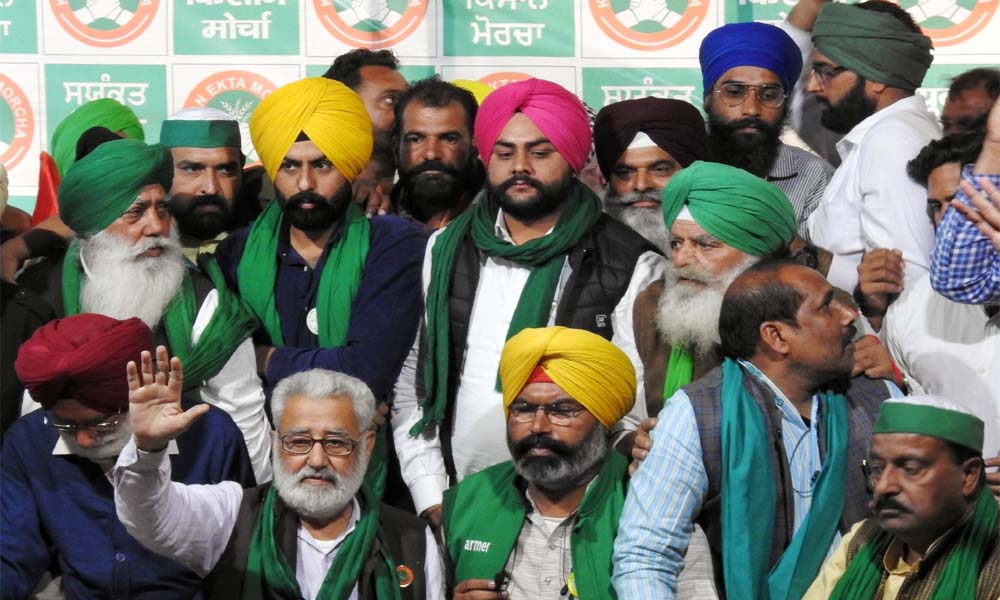 Chandigarh : Twenty-two unions of farmers, which were part of the Samyukt Kisan Morcha (SKM) to protest three contentious farm laws, on Saturday announced to form a political front ‘Samyukta Samaj Morcha’ to contest the 2022 assembly elections in Punjab on all 117 seats.

Chief Minister’s face Balbir Singh Rajewal, however, clarified there was no alliance as of now with any political party, not even with AAP.

But at the same time he didn’t rule out any future possibility.

Rajewal told the media here that they were doing it on public demand. “Some of the unions are against it but won’t oppose,” he said.

Ten other unions belonging to the state and were part of the Samyukt Kisan Morcha have refused to be part of the political front.

He said the SKM was formed for bigger purpose and he has suggested that the farm leaders should not do injustice to farmers by entering politics.

“Every union has the right to make its own decisions. We have earned the trust of farmers across the country and will not enter politics,” Pal added.