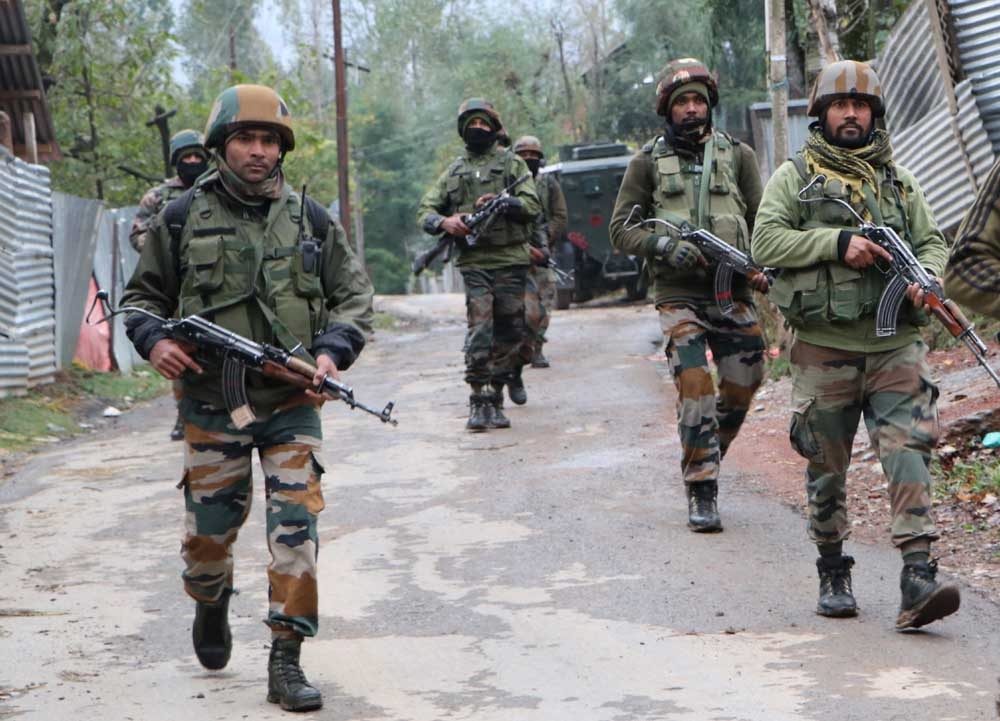 Srinagar : A terrorist was killed and two army soldiers were martyred in an ongoing encounter with security forces at Chermarg Zainapora area in South Kashmir’s Shopian district, officials said on Saturday.

Police said, based on a specific input regarding the presence of terrorist in village Chermarg Zainapora area of Shopian, a joint cordon and search operation was launched by police, army’s 1st RR and CRPF.

Police said during the operation, a cluster of houses were taken into cordon and the process of evacuating civilians was initiated. During the process, as the search party started searching house belonging to Gowhar Ahmad Bhat, the house-owner intentionally misled the search party and denied sheltering the terrorist in his house. While questioning the said person, a terrorist hiding in his house opened fire on the search party resulting in grievous injuries to two Army Jawans.

“The fire was retaliated effectively leading to an encounter. The injured Jawans were immediately evacuated to hospital for treatment however; both of them succumbed to their injuries and attained martyrdom,” police said.

In the ensuing encounter, the hiding terrorist was killed and his body was retrieved from the site of encounter. He has been identified as Abdul Qayoom Dar, resident of Laroo Kakapora, Pulwama and linked with proscribed terror outfit LeT.

“As per police records, the killed terrorist had a history of terror crime cases as he was working as terrorist associate before joining terror ranks. It is pertinent to mention that his house was also being used as hideout for terrorists and in April-2020 an encounter took place in his house and subsequently he was booked under PSA,” police said.

“Post his release in August-2021, he continuously kept on working as an associate for active terrorists. Earlier this week, SSP Pulwama officially intimated that he had left house and joined terror folds of LeT outfit. Consequently he was listed as ‘C’ category terrorist.”

Incriminating materials, arms and ammunition including one AK-series rifle, one pistol were recovered from the site of encounter.