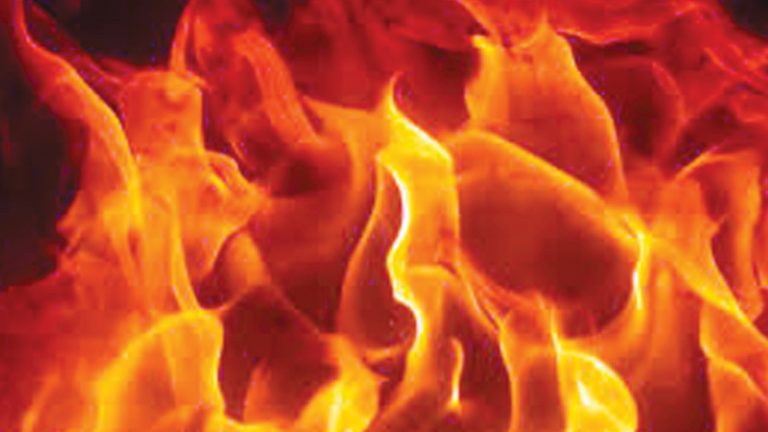 Gandhinagar, At least 16 Covid-19 patients died due a fire at a Covid designated hospital in Bharuch district on Saturday morning. Over 50-60 patients were admitted in the Patel Welfare Hospital when the fire broke out in the ICU ward at midnight. The fire officers have said that the hospital did not have an NOC for fire.

The fire erupted in the middle of the night in the designated Covid hospital on the Bharuch-Jambusar highway, around 190 km from the state capital Ahmedabad. The exact cause of the fire is yet to be ascertained, according to the officials.

It is believed that around 16, including 14 Covid critical patients admitted in the Intensive Care Unit (ICU) were charred to death in the fire caused most probably by a leaking oxygen cylinder. But there has been no confirmation on that.

The fire was controlled within an hour and around 50 patients were rescued and shifted to nearby hospitals, according to sources.

Meanwhile, Gujarat Chief Minister Vijay Rupani has expressed condolences and announced Rs 4 lakh ex-gratia to the kin of the deceased. The CM has also ordered an inquiry into the incident.

“I express my condolences to those who lost their lives in the fire at Bharuch Hospital. The state government will provide assistance of Rs 4 lakh to the families of each of the victims of the accident,” Rupani said.

The CM has appointed two IAS officials, the labour and employment department, Additional Chief Secretary ACS Vipul Mitra and Commissioner Municipalities Administration, RajKumar Beniwal to probe the incident. Both the officials have been immediately sent to the place.

The CM said that the government is also thinking of appointing a judicial probe into the incident.