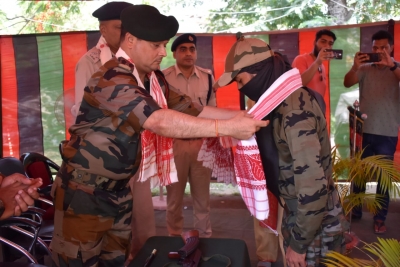 An official statement said that with an aim to promote peace and harmony in the region, the security forces of Spear Corps have always endeavoured to mainstream the misguided youth who have taken up the path of insurgency.

Families of the surrendered extremists also expressed their gratitude to the security forces for bringing back their loved ones.

Many other militants of different outfits in Karbi Anglong district have surrendered in recent times and deposited a large cache of arms and ammunition.