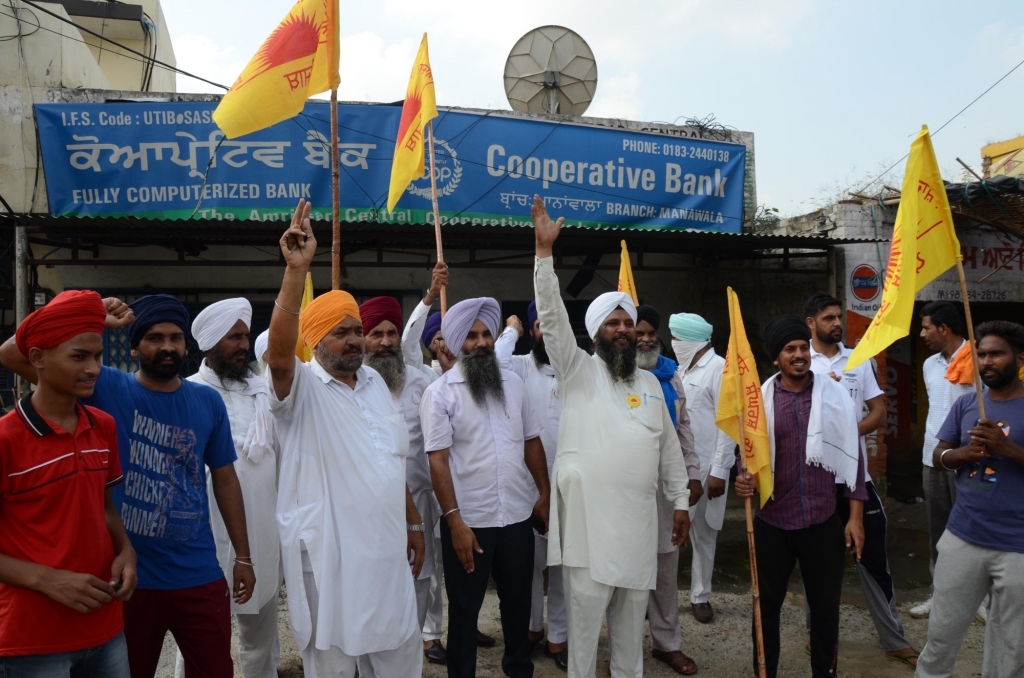 Chandigarh : The 10-hour nationwide shutdown on Monday on the call by farmers’ unions to demand scrapping of three Central farm laws got enormous response in Punjab and Haryana where tens of thousands of farmers blocked major highways, including National Highway 1 linking Delhi.

Shops and other commercial establishments were closed in most towns as traders extended their support to the agitating farmers. They opened their establishments only after the shutdown was over.

However, there was no report of any untoward incident from anywhere in the states. Emergency medical services were exempted from the blockade.

But traffic across Punjab and Haryana was hit badly for several hours as farmers, farm labourers, commission agents, trade and employee unions and activists of political parties squatted on national highways from 6 a.m. to 4 p.m.

The protesting farmers parked their tractors on highways and major link roads in both Punjab and Haryana and squatted on the road.

Even an Indian Army convoy was halted for half an hour in Jalandhar town with farmers allowing it to move ahead after checking documents.

Heavy police presence was seen at various places in Haryana and Punjab to maintain law and order.

The police diverted traffic at several places as the farmers blocked the highways.

Hundreds of people had a harrowing time as buses, taxis and trains did not ply due to the Samyukt Kisan Morcha (SKM)-called Bharat Bandh.

Commuters were left stranded at railway stations and bus stands in various towns and cities as public transport did not ply. People were forced to trudge with heavy luggage and office-goers too were hit hard.

State roadways, private buses and taxis were off the roads, causing misery to thousands of passengers.

Auto-rickshaws and cycle-rickshaws made a quick buck from people wanting to reach their destination on time.

Most of the roads across the two states, including in joint capital Chandigarh, wore a near-deserted look.

While most of the private schools were shut, the attendance at government offices was negligible.

“We have decided not to attend office owing to the closure of all major road links that started early in the morning,” said Nisha Singh, a government employee, who daily commutes from her hometown Kharar to Chandigarh.

In neighbouring Haryana, there were reports of protesters blocking highways in Ambala, Karnal, Panipat, Sirsa, Fatehabad and Kurukshetra districts.

The farmers are demanding the repeal of the three farm laws passed by Parliament last year and have expressed apprehension that they would pave the way for the dismantling of the minimum support price system, leaving them at the mercy of big corporate houses.

The government has maintained that the new laws will provide farmers with better opportunities. It has also accused the opposition parties of misleading farmers.