Mumbai, The Indian stock market traded on a positive note on Wednesday morning with the BSE Sensex rising over 200 points.

The domestic market traded in tandem with its Asian peers. Further healthy buying in the IT and metal stocks supported the indices.

Manish Hathiramani, technical analyst with Deen Dayal Investments said: “The Nifty is clearly range bound, between 15,400 and 15,900. Until either level is not crossed, we will not witness a meaningful move. The bias is still on the upside and therefore any dip can be utilised to accumulate long positions for a target of 16,100.”

The top gainers on the Sensex were Tata Steel, Infosys and Tech Mahindra, while the major losers were Power Grid, NTPC and ICICI Bank. 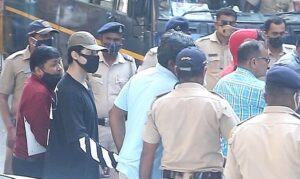