One person was missing as a speed boat carrying around 40 persons hit an underwater rock and later capsized while on a trip for a ‘puja’ ceremony at the proposed Chhatrapati Shivaji Maharaj Memorial in the Arabian Sea off Mumbai on Wednesday.

The incident happened around 4.15 pm when the boat’s hull was ruptured after hitting the rock, water quickly started flooding inside, and it tilted dangerously, triggering panic among the passengers.

Owned by the Maharashtra government, it was carrying several persons including mediapersons and activists of the Shiv Sangram party, said Shiv Smarak Samiti Chairman Vinayak Mete.

It was proceeding to the underwater site of the proposed memorial complex, around 3.5 km off Marine Drive, when it hit an underwater rock near a lighthouse there.

Chief Minister Devendra Fadnavis told the media that he will order a detailed investigation into the incident.

A search operation continues for the missing person.

Mete said around 200 persons including mediapersons, government officials and political activists had departed in several boats from the Gateway of India jetty for the memorial function.

“I have visited that site over a dozen times, but such a thing has never happened. The authorities had taken all safety precautions and the boats were not overloaded,” Mete said after returning to the jetty.

The Indian Navy, Indian Coast Guard, Marine Police and other agencies launched an operation with three helicopters, a hovercraft and boats to search for a political activist, identified as Siddhesh Pawar, reported missing, an official said.

A second boat which was in the vicinity managed to reach the tragedy spot within minutes and helped rescue all the people who were on board the boat. The damaged boat was towed away by a Marine Police vessel to Girgaum Chowpatty.

Official sources said confusion prevailed over the incident, as there was no list of crew or passengers available. There were two boats that had gone to the site but it was unclear if the passengers were wearing safety jackets since the sea continues to be rough.

Several activists, fishermen leaders and opposition legislators today criticized the government’s decision to go ahead with the memorial though the proposed site is unsafe.

Some eyewitnesses claimed that the boat pilot had lost the way and it was drifting in the vicinity for over an hour before it hit the rock, besides passengers were reportedly not given life-jackets. 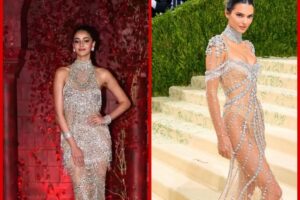