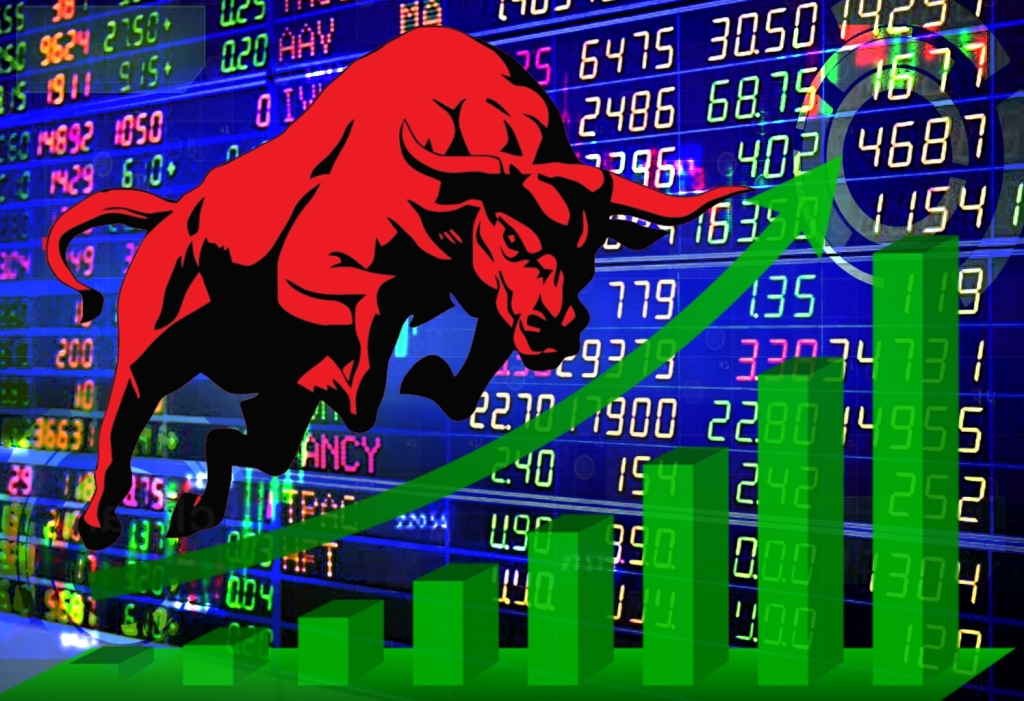 Mumbai : The Indian stock market continued to scale new highs on Monday morning with the BSE Sensex soaring around 500 points and the Nifty50 crossing the 16,800-mark for the first time.

Healthy buying was witnessed in metal, auto and financial stocks.

The top gainers on the Sensex were Tata Steel, Bharti Airtel and Larsen & Toubro, while the only losers were Tech Mahindra and Nestle India.