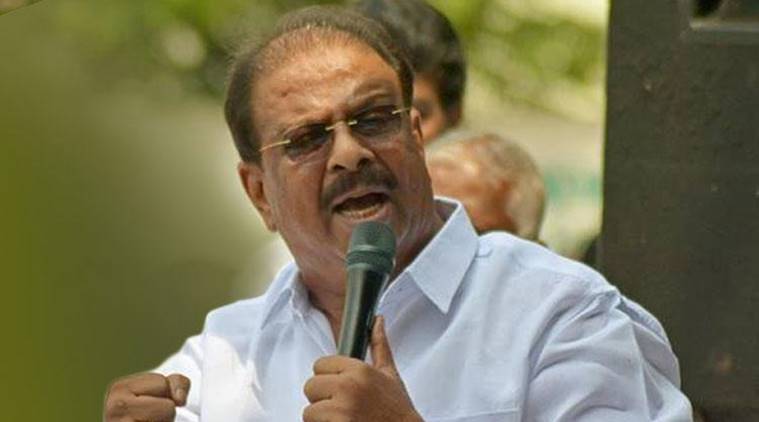 “Rahul Gandhi called up and conveyed the news,” a beaming Sudhakaran told the media here.

“I see this as a huge responsibility and I accept the challenge and that is to bring back the Congress party in a big way. For this, I will seek the help and cooperation of all the leaders in our party and am sure I will be able to get their help and support,” he said.

Incumbent Mullapally Ramachandran had put in his papers after the party’s debacle in the April 6 Assembly polls.

Reacting to the news, senior leader and former Chief Minister Oommen Chandy said now that the decision has been made, all the Congress leaders and workers will abide by the high command’s decision and will work together with Sudhakaran.

The 73-year-old Sudhakaran has been a four-time legislator and is presently in his second term as Lok Sabha member from Kannur — the citadel of the CPI-M, and home of Chief Minister Pinarayi Vijayan

Known for his tirades against the CPI-M, he is seen as a Congress leader that the CPI-M dreads.

His battle with the CPI-M has become a byword in Kannur and the scene gets enlivened when the well-built Sudhakaran arrives at any place where there is a commotion between CPI-M and Congress cadres. There are also plenty of videos showing him taking on the police force.

Known for keeping himself fit, Sudhakaran daily spends more than an hour working out at his personal gym.

A media critic, speaking on condition of anonymity, contended that said under normal circumstances, Sudhakaran might be a wrong choice to lead the otherwise sober grand old party.

“But today the situation is different, as the party is at its lowest ebb and when Congressmen across the state were expecting to ride to victory in the April 6 Assembly polls, the party ended at the receiving end, humbled by Vijayan, who wrote himself into record books by retaining power.

“The party is passing through its worst times and the grassroots of the party appears to have vanished. If the party has to at least put up a fight, then there is none better than Sudhakaran, who can really pump in the much needed adrenalin to motivate the cadres. He is the one person who has taken the battle into the CPI-M camp for long and that in itself is his advantage and disadvantage because, if he does not maintain calm at crucial situations, he might be a liability more than an asset,” said the critic.

One reason why the party high command, despite knowing what stuff Sudhakaran is made of, decided to go for him is that they have realised that the formidable factions in the party led by Chandy and Ramesh Chennithala have to be reined in. Even after Chennithala was seen as the first choice for a second term as Leader of Opposition, the leadership brought in V.D. Satheesan and hence, it was more or less clear that Sudhakaran might get the nod.

If Sudhakaran’s battlefield was hitherto Kannur, the scene is all set for a change as he moves to the state capital to take on his arch rival, the all powerful Chief Minister Vijayan, who very well knows that Sudhakaran is no push-over.

As part of rebuilding the Congress by bringing in new faces, the high command first brought in Satheesan, and now Sudhakaran. Now, all eyes are on to see who the new UDF Convenor will be and as things stand it could be no-nonsense veteran Congress legislator P.T. Thomas.